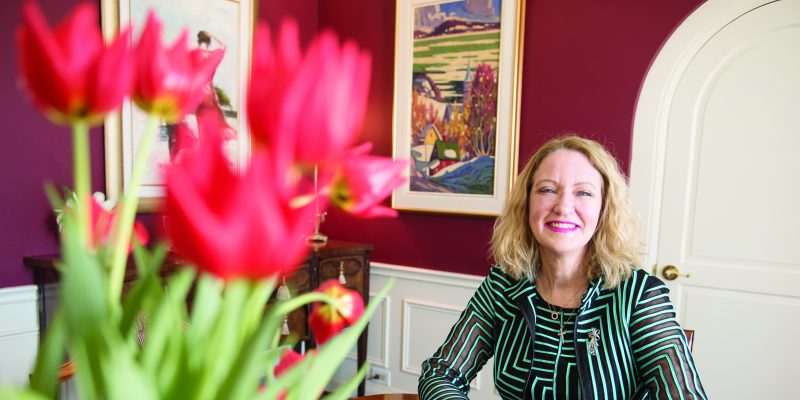 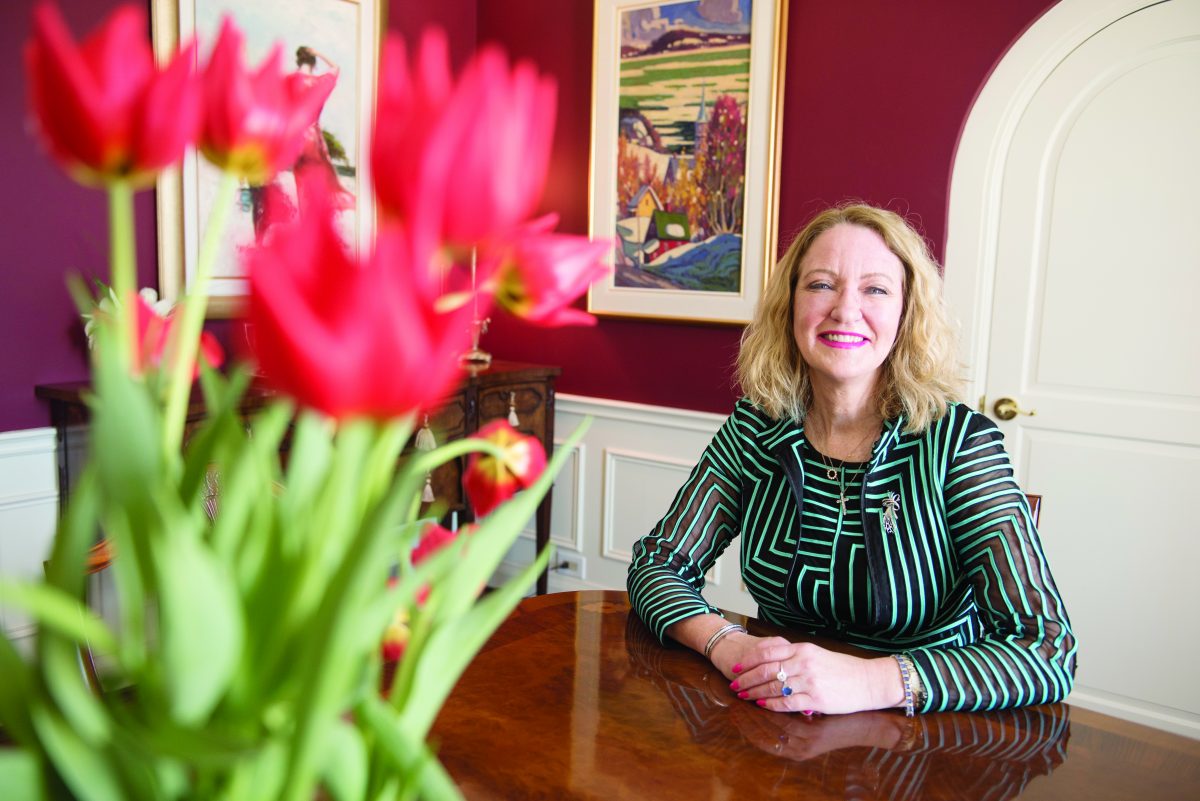 Peggi Shepherd DeGroote felt a calling in 2008, a calling that would revolutionize the health care system for people suffering from chronic pain and addiction. She was in the midst of selling her former company, D. Designs!, when she became inspired to use her Masters of Education Degree in Decision Making Modelling to develop a new model of care for pain, addiction and mental health. It was then that her career took a turn and she entered into the area of health care, founding Wellbeings® Pain Management and Dependency Clinic in Burlington. The full-service clinic has helped hundreds of patients limit the effects of pain or addiction, making it possible for them to live a fuller, happier and healthier life. Peggi’s efforts have created a movement in the field and recently earned her an Ontario 150 award for her time and dedication to servicing others. And her new journey is just beginning. Peggi sat down with WEST to share her hopes for the future of Wellbeings and its legacy.

In 2010, you founded Wellbeings Pain Management & Dependency Clinic. Walk us through the initial vision and ultimate birth of this full-service treatment facility.
Wellbeings was incorporated in 2009 after a year of due diligence and opened in May 2010. I believe that people need to be able to address any and all issues associated with their pain and to that end, the Wellbeings Model of Care was created so people could go to one place to have all of their medical needs for pain, dependency/addiction and mental health addressed. It seemed like a good solution to me as I’d seen so many people go from one doctor to the next with lengthy wait times in between appointments.

Why did you pick Burlington as the place to launch Wellbeings?
Burlington was a natural location as I had lived and volunteered in Burlington for more than three decades. It was my home. My aim was to create a sustainable model that wouldn’t need my full-time commitment and I was able to do that. I needed flexibility as the care of our daughter was and still is my No. 1 concern and commitment.

What legacy would you like to see from Wellbeings?
It’s my hope that the legacy of Wellbeings will be for the education of our children. I’d like children to learn that “if your name is on a prescription bottle you don’t share it, and if your name isn’t on the prescription bottle you don’t take it.” I’d like people to return any unused medications to the pharmacist directly for proper disposal. It took about three decades for MADD to drill the idea that “if you’ve been drinking don’t drive” into commonplace logic for our children but I see that having a dedicated driver is now the norm. I’m hoping we can do the same for opioids as well as alcohol and marijuana use. I truly believe that if we teach our children resiliency, we will see fewer children turning to drugs as a coping mechanism.

In 2017, you were honoured by MPP Eleanor McMahon with an Ontario 150 award for dedicating your time and talent in promoting a healthy community and in the service of others. How does it feel to be recognized for making such a profound impact?
It’s very humbling to have been nominated and selected as an Ontario 150 recipient. It’s also vindication for moving forward a decade ago as an advocate in an area of health care that isn’t glamorous or easy. When I first began this journey, I was naive about the complexities of these diseases and that was probably a good thing or I might not have started at all. It’s only recently that we’ve started talking about these issues as a community. I’m inspired most days and thrilled to hear the success stories of our patients who, through no fault of their own, have suffered in pain and have become dependent upon or addicted to their opioids and alcohol as a way to cope.

What has been the most challenging aspect of working in the pain management and
dependency field?
The most challenging aspect we encounter at Wellbeings is that we can’t help everyone get well or be and do their best but we will always dispense hope and offer counselling and mindfulness meditation to those who seek help. Simply knowing how to live with pain has shown that people report that they have lower pain scores.

On the flip side of that, what has been the most rewarding aspect?
The most rewarding aspect is seeing patients get their lives back on track!  It’s so heartwarming and inspiring to see people able to function in life as a parent, grandparent or spouse, a sister or brother or as a child. People are able to return to work and be an active loving family member. Parents can return to attending their children’s sporting games. It’s inspirational to see the 180-degree turnaround and improvements in so many people.