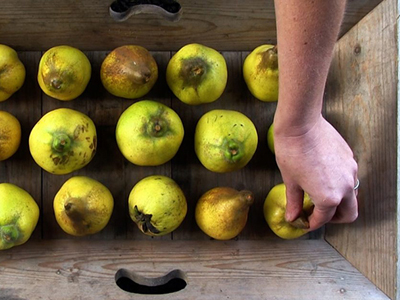 A provocative and evocative feast for the senses, the second annual Eatable Film Festival will bridge the divide between the cognitive and the culinary this October at the audience-favourite Royal Cinema. Running October 22 to 25, 2016, Eatable is a mirepoix made of film, food, and libation following the ethos of international food and film festivals such as Berlinale Culinary Cinema, Seoul International Food Film Festival, Norwegian International Film Festival Haugesund's Culinary Screenings, Balkan Film Food Festival, and Nova Scotia's Devour! The Food Film Fest.

Co-founded by Rachel Low, an award-winning television producer whose credits include the Gemini Award-winning Opening Soon and Chef School and the James Beard Award winner, Morimoto RAW, Eatable seeks to further connect viewers with feature films by way of inspired food and drink.

Eatable's 2016 programming is a mélange of four screenings featuring some of the most renowned culinary-inspired films and featurettes. Each sensory screening pairs artistic culinary cinematic accomplishments with eclectic Toronto food and beverage purveyors,  through whom the films are brought to life via edible experiences.

Monday, October 24 at 7 p.m.
Filmmaker Marijn Frank explores our obsession with carnivorous cravings in her documentary, Need for Meat (Vleesverlangen). Simultaneous to the screening, Beast's Chef Scott Vivian will explore his own obsession with meat in his cooking with a film-inspired victual. Stay tuned after the screening for an exclusive filmmaker and chef Q&A.

Tuesday, October 25 at 7 p.m.
To close out Eatable's palatable programming, the documentary Portrait of a Garden will entrance the audience with its story of master and protégé set against the backdrop of a centuries-old Dutch walled vegetable and fruit garden. This screening opens with the Season 3 premiere of In the Weeds, a popular digital series about foraging, featuring Chef John Horne (Canoe) ““ who will also be preparing the evening's edibles ““ as well as a chef and filmmaker Q&A.

With a slate chock-full of thought-provoking films and scintillating flavours, Eatable is truly an immersive and otherworldly cinematic experience. As Eatable executive director Rachel Low says, “The frustrating part about being a food television producer was that the audiences never got to taste the food. Eatable is about creating a fully immersive experience that takes the audience from spectator to participant.”

Eatable runs October 22 to 25, 2016 at the Royal Cinema. For tickets, please visit eatablefilms.com.