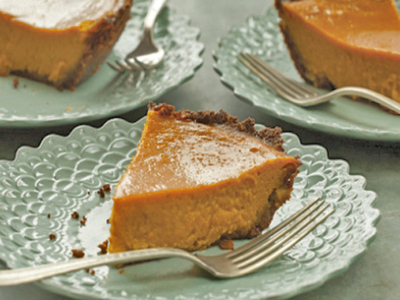 “I guess I'm just a lucky guy, and I'm prepared to tell you why, it's strictly on account of my, sweet potato pie.” – James Taylor, Sweet Potato Pie
James Taylor wasn't the only one to sing the praises of the sweet potato. How can you not love a food so well rounded (metaphorically speaking)? Sweet potatoes are rife with benefits and suitable as a side dish or tried in a pie. Had the pleasure of eating a sweet potato casserole topped with brown sugar, butter and pecans? Do, and you'll sing its praises too.

What's in a name Despite its name, the sweet potato does not belong to the potato family ““ it belongs in the same botanical family as the morning glory. People may some- times refer to sweet potatoes as yams, but they're totally unrelated. Yams belong to the lily family and have ivory, yellow or purple-fleshed tones. Not to be simply associated with Thanksgiving alone, sweet potatoes are harvested in fall and early winter but are available year-round.

Generally speaking, sweet potatoes are easy to grow. Even though they don't tolerate frost, they are able to propagate in different farming conditions and can be grown in poor soil, even without fertilizer. When it comes to planting, they're sown with vine cuttings, not seedlings and the vines themselves help shade out weeds. This root vegetable tastes both starchy and sweet, yet each variety offers its own flavour.

Although there are around 6,500 varieties worldwide, they can be largely divided into two categories: dry-fleshed and moist-fleshed, ranging in shape from an elongated tuber with tapered ends, to resembling the roundness of a white potato. Tubers with a light yellow skin and pale yellow flesh are not sweet and offer a dry, mealy texture similar to a white potato. The darker-skinned varieties have a thick, dark orange skin, sweet flesh and moist texture. Popular varieties include the Jersey, Kotobuki, Okinawan, Papa Doc, Beauregard, Garnet and Jewel.

Heaping of health
Cooked sweet potatoes have a definite sweet taste, making them ideal candidates for sweeter dishes and desserts. While you might think that it's because they posses a higher sugar content, they don't. Since they contain twice as much dietary fiber as an ordinary Russet potato, the body digests sweet potatoes more slowly, keeping your blood sugar on an even keel.

Although both the simple spud and sweet potatoes each boast many nutritional benefits, sweet potatoes win. They're high in vitamin B6, which reduces chemicals in the body linked with degenerative diseases such as heart disease. They're a source of vitamin C, which promotes bone and tooth formation, digestion and blood cell formation. Vitamin C aids in wound healing, produces collagen for youthful skin and helps the body cope with stress. Vitamin D is key for a healthy immune system and is a key factor in maintaining energy level, moods, healthy bones, heart, nerves, skin and teeth as well as supporting the thyroid gland.

Their rich orange colour indicates they're high in beta-carotene and other carotenoids, ideal for strengthening eyesight and boosting immunity and their antioxidant properties help prevent cancer and signs of aging.

Some research also shows that consuming sweet potatoes instead of white potatoes is beneficial for those with inflammatory joint illnesses such as rheumatoid arthritis.
Home Sweet Home: its history
Native to Central America, the sweet potato's history goes back to around 750 BC, mentioned in Peru's historical records and also discovered in Peruvian caves. Columbus discovered it on his first journey to the New World and brought it back to England, and it was introduced to China later in the 16th century. Its heartiness and durability lent itself to transplantation throughout Asia, Africa and Latin America in the 17th and 18th centuries. It is cultivated in more developing countries than any other root crop.

Every southern state is still sweet on the sweet potato, regularly cooking up dishes such as sweet potato praline pancakes, sweet potato bisque, Bourbon mashed sweet potatoes and of course, sweet potato pie. Asian and Latin American cultures also frequently feature the vegetable in their dishes. Top producers of sweet potatoes are China, Indonesia, Vietnam, Japan, India and Uganda.
Sweeten the deal
Look for tubers with tight, unwrinkled skin free of sprouting, blemishes and bruises. Discard any tubers that are starting to spoil, as its overall flavour will be affected.

Sweet potatoes should be stored in a cool, dry place for no longer than a month. They're best if used within a week if they've been stored at room temperature. Although they can be frozen and refrigerated once cooked, raw product should not be kept in the fridge ““ this causes the starches to turn to sugar will affect the overall taste. For freezing, pack them in an airtight container and they'll keep for up to 12 months.

Scrub them well before cooking, leaving the skin on regardless of baking or boiling them as the skin can oxidize quickly. This method helps retain the flavour and colour, plus they're easier to peel afterwards. For baking, pierce each tuber several times and place them on foil so there's less sweet potato ooze to clean up. Because they're versatile, even if a recipe calls for a regular potato, swap in a sweet potato ““ particularly the drier variety.

With fall quickly approaching, here's hoping for an opportunity to try some sweet potato pie. If I don't get some I think I'm gonna die. No, that's Alligator Pie.
RECIPE: Coconut Gingersnap Sweet Potato Pie