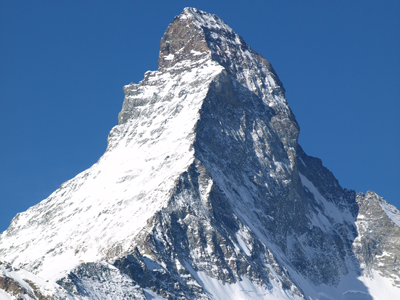 There are two things I never want to mix: tardiness and Swiss train schedules. I can stand on a train platform, in any town in Switzerland, fiddle with my watch and know ““ without a doubt ““ that the engine will start to roll as the second hand sweeps by the scheduled minute of departure. It's a natural law. Like Newton's law of gravity or Hubble's law of cosmic expansion. The Swiss law of punctuality.

A long time ago, I lived in Switzerland and was schooled in the expectation of promptness and efficiency. It's a nation known for timepieces, mountains, tidy villages and larch wood chalets, knitted together by the uber-efficient Swiss rail system. What better way to explore than by letting someone else do the navigating and settling into a seat ““ nose pressed to the glass ““ along some of the country's most impressive train routes.

It may be a watery start but a century-old steamboat still feels like a fitting way to launch into a historic rail journey. For the first few hours of the Gotthard Panorama Express we glide along Lake Lucerne past some of Switzerland's most hallowed sites on what the boatman describes as “a swimming Belle í‰poque.” Three hours later in Flí¼elen, we hop aboard the train and continue south through the Gotthard Tunnel, an engineering marvel that dates back to the late 19th century and took 10 years to build. The tunnel is the most direct north-south route in this part of Europe, whisking travellers through the higher Alps that separate the Mediterranean Ticino countryside from the rest of Switzerland.

The countryside: Until the end of the Middle Ages, people didn't venture into the mountains surrounding Lucerne ““ they believed the peaks were the home of dragons and spirits. There's no denying the spirituality of places like Mount Pilatus where the world's steepest cogwheel train methodically shifts to another world ““ a quiet mountaintop cocoon with views over lakes and the famous Swiss peaks of Eiger, Mí¶nch and Jungfrau.

Our steamboat passes the unpretentious landmark known as Rí¼tli Meadow where, at the end of the 12th century, the people of three surrounding cantons met to form a federation to resist the Hapsburg Empire's stranglehold rule. The red and white Swiss flag flutters from a tall flagpole and cows dot the hillside. This is the historical birthplace of the Swiss confederation; born of the  >> >> conviction that it is better to do things together than alone.

The cities: Leo Tolstoy, Thomas Cook, Mark Twain and Richard Wagner were all smitten with pretty Lucerne. The Chapel Bridge (one of the country's most photographed spots) anchored the original 14th-century fortifications protecting the city through the Middle Ages. At one time its tower was a prison, now it is a magnet for photographers.

To the far south, at Bellinzona in Ticino, there is evidence of the sacred Roman Empire's push northward. The city's three medieval castles and massive stone walls (UNESCO World Heritage Sites) strategically protected ancient transport routes between the Gotthard Pass and Lombardy in northern Italy.

The boulevards and arcade-shaded alleyways of Lugano ooze a very Mediterranean feel. People nurture their Italian roots in this cosmopolitan city. Signs for gelato outnumber those for fondue. Risotto, polenta, Merlot and Gorgonzola dominate menus. And it's Italian you'll hear in the artisan markets, at the Grand Café Al Porto and in the Santa Maria degli Angioli church, where the country's most famous Renaissance fresco covers the entire wall of the nave.

PRE-ALPINE EXPRESS
Lucerne to St. Gallen
The route: From Lucerne, the tracks wind to the northeast through green, rolling hills and little villages until reaching the city of St. Gallen, the east's cultural and economic linchpin. The train stops in picturesque towns like Appenzell, so rooted in tradition that residents vote by a show of hands in an annual open parliament held in the town square. Yodelling is a regional specialty, making a comeback with the millennial generation.

The countryside: Not far outside the cities, cows begin to outnumber people. Alpstein, the domineering massif, creates a sort of dioramic backdrop to the traditional Appenzell dairy farmland. Small, local trains connect towns with popular hiking trailheads. Cable cars climb to lookouts like Hoher Kasten. In the summer, farmers move their herds to higher elevations in search of grass and flowers needed to flavour milk for the area's namesake cheese, Appenzeller. From the lookout at Hoher Kasten it's an eye-popping sweep over Austria, Liechtenstein, the Rhine River, Lake Constance and the spires of St. Gallen.

In the valley at Jakobsbad, the signs for Barfussweg mark a barefoot hiking trail through farmers' fields and small hamlets, with stops along the way to sit on the riverbank and dangle my toes in the cool water.

The cities: In 1560 a massive fire wiped out much of the town of Appenzell. The locals rebuilt, painting the new buildings with bright colours and hanging metal signs to state a business. On a walking tour through the town, I whet my appetite with stops to sample pungent Appenzell cheese, a dense almond-filled gingerbread called biber and berewegge, a pastry wrapped around a mix of fruits and nuts. It's important to leave room for a dinner of local specialties like fondue, raclette and rí¶sti.

St. Gallen ““ the canton's commercial and historic powerhouse ““ sits in a long valley, sheltered by two hills. It is said, “The golden thread of life in St. Gallen was the thread of embroidery.” Dating back to medieval times, the city has always been a centre for textiles, most famous for its white linens, which were spread outside and bleached by the sun. After linen came cotton and eventually the exquisite lace and hand embroidery favoured by shoppers like Michelle Obama and Amal Alamuddin. The whole story is told in the excellent Textile Museum at the edge of Old Town.

In 2017, banners will fly over St. Gallen proclaiming it as a European City of the Reformation. Although founded by an Irish monk and once dominated by the Catholic Church, the city was an early adopter of the 16th-century Protestant Reformation that splintered the Catholic Church. At the heart of Old Town is the UNESCO World Heritage Site Abbey Library of the former Benedictine monastery. It's hushed inside; the ceiling is covered with frescos and elaborate Rococo detail. The walls soar two storeys, lined from floor to ceiling with bookshelves of medieval manuscripts and priceless volumes of early legal scholars. Among its treasures are some of the oldest documents of Justinian Code, the so-called “novels” for teaching purposes that laid the the foundations of Roman law. Centuries later, the Justinian Code was used as a basis in drafting the American Bill of Rights.

GLACIER EXPRESS
St. Moritz to Zermatt
The route: They call it “the world's slowest express train:” 291 bridges and viaducts, 91 tunnels and seven valleys; eight hours, sometimes crawling, over snowy mountain passes. The east-west route of the Glacier Express cuts through the heart of the Alps from glitzy St. Moritz (playground of celebrities) to the ski resort of Zermatt, triumphing over mountain terrain once deemed impassable. The train has run almost continuously since 1930 (only interrupted during the Second World War).

I find my seat in a panoramic car, drinking in the continuous vista of alpine lakes and meadows, craggy peaks and tidy larch wood chalets clinging to mountainsides. It's a point of pride that the Glacier Express is powered by sustainably-produced energy; current produced by the power of water.

The countryside: A large part of the route passes through the Valais region, the heart of the Swiss Alps with more than 50 major mountain peaks. Even in spring, the combination of sunshine and snow is blinding as we pass over Oberal Pass, at 2,033 metres, the route's high point. When we descend the other side, the brakes squeal, the engine slows to a crawl and the railcars twist and turn along the wiggly path. There is one station after another to disembark and experience the region's best: the hiking and ski villages of Riederalp and Bettmeralp, and the Aletsch Glacier (the longest ice flow in Europe). The glacier and the surrounding alpine forest were designated a UNESCO World Nature Heritage Site and are home to the oldest trees in Switzerland, larch and pine estimated to be 1,000 years old. On the trails, one Swiss octogenarian after another passes me. Hiking is in their DNA.

The cities: Not as front page as its glitzy neighbour St. Moritz, the alpine community of Chur has been called Switzerland's oldest city. Archaeological finds suggest that Chur has been permanently inhabited for at least five millennia. It's a medieval town with walls and a moat, made for the modern traveller's pastime of walking narrow streets or admiring the stonework of an 800-year-old cathedral.

The Glacier Express reaches a dead end to the west at mountain-encircled Zermatt. From the townsite, there's no bad view of the famous peak that marked the Golden Age of mountaineering and brought the village fame ““ the Matterhorn. At the village station, I hop aboard the cogwheel Gornergrat train, climbing to the summit station at 3,100 metres. The views are heart stirring ““ dozens of peaks in the 4,000-metre-plus club, including the showy Matterhorn. A local guide confides: “That's a busy mountain.” Many years ago the Matterhorn was shrouded in mystery and superstition. Now, every year hundreds of climbers successfully scale the summit. In the village, the Matterhorn Museum is the best introduction to the audacious climbing experience. And I don't even have to leave the main street.

Swiss Rail travel has been made even easier with the Grand Train Tour of Switzerland. Packages combine itinerary planning with rail passes and hotel stays on eight different routes. Visits can be custom planned, started from any point and in any direction.
SwissTravelSystem.com/grandtraintour

Fact: The Toblerone chocolate bar is proportioned after the famous Matterhorn.