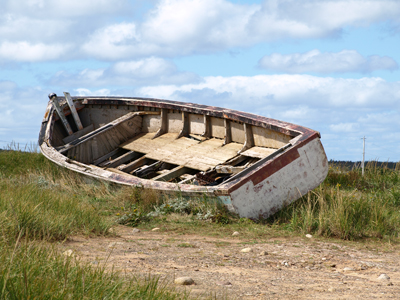 Gusts are gripping the îles de la Madeleine in the centre of the Gulf of St. Lawrence. The kiteboarders are almost giddy. The lobster fishermen are eyeing the whitecaps, gauging their time on the water to pull traps. Wind is nothing new to the remote, hook-shaped archipelago, a sinuous necklace of dune grass and beach strung together by one road and the occasional bridge. Just one main road. And six traffic lights to keep things under control.

The wind doesn't faze locals. Many of them can trace their roots back seven or eight generations, to the original 22 Acadian families who found refuge during the forced removal from the Maritime provinces known as the Grand Dérangement. The Acadians came in 1755 — the year of the mass deportation by English troops — followed by a few families of English, Scottish and Irish origins. Leaf through the phonebook and there are pages of Cormier, Boudreau, Arseneau, Clark and Dickson.

“To say there is wind on îles de la Madeleine is like saying the sun rises and sets each day,” says guide Damien Déraspe, whose relatives take up a page or two in that list of telephone numbers. “It is a truism of the natural world and on these islands, it is a force of nature.”

Perhaps it's the remote location that slows the pace of island life. From artisans to chefs, the people of îles de la Madeleine cannot be rushed. Taking time to source and savour the best ingredients are a part of traditions that have endured across generations, even as everything else around them has changed. It is a mindset rooted in customs from another era.

It's the way they feel at Fromagerie du Pied-de-Vent, a small cheese factory attached to the island's only dairy farm.
“Pied-de-Vent,” explains cheesemaker Stefane Chiasson, “is an expression that describes the sight of the sun's rays shining through the clouds.” Somehow, here, even the dairy products take on an ethereal quality.

The cheese is made from unpasteurized milk from a herd of 100 Canadian cows, the oldest breed of dairy cows in North America with ancestry back to those imported by early 17th-Century colonists from France.

The high-fat milk is unique in taste and aroma, subtleties the cheesemaker attributes to meadows of timothy, red clover and bluegrass, as well as the touch of salt spray that settles on the dry hay. It is only this milk that is used in the fromagerie's signature cheese, the soft rounds of Pied-de-Vent.

This homegrown cheese shows up on plates across all eight islands. At the restaurant Les Pas Perdus — chalk the name up to another island stereotype of lost footprints in the sand — Pied-de-Vent is the cheese of choice for their spin on poutine. And local catch touches all parts of the bistro's menu, from the smoked mackerel Caesar salad to the crab cakes, halibut burger and fresh-caught haddock and chips.

It is, indeed, this seafaring heritage that is consistent from one island to the next. According to Déraspe, it is at the heart of every household. “The economy here is based on fishing. Especially lobster.”

It's impossible to miss signs of the lobster catch. All along the single coastal highway are jauntily coloured clapboard cottages, most with stacks of wooden lobster traps on the front lawn. Blue, green, pink, purple — no hue is off limits — the tidy dots of colour line the roadway, like splatters of paint on a Jackson Pollock canvas.

Fishing for lobster has been a mainstay since the days of Confederation. In the 21st century the season has been tightened into just nine weeks when fishermen are allowed to set and pull traps six days of each week. “They're only allowed to raise their traps once a day,” says Déraspe. “Not twice. Just once.”

They say you won't find another gourmet restaurant on îles de la Madeleine quite like La Table des Roy. Chef/owner Johanne Vigneau is committed to showcasing local ingredients like veal, lobster, scallops, seal and farm-raised oysters on her menu.

Lauded as one of Quebec's best female chefs, the self-taught Vigneau worked her way up from dishwasher to the cookstove, creating recipes like the hearty seafood-packed and saffron-tinged bouillabaisse gourmande. The seafood risotto is a perfectly cooked mix of short grain rice almost overtaken by a mound of lobster, scallops and mussels.
The waiter suggests rounding out the meal with the restaurant's signature dessert, érable, a hot soufflé made with maple syrup from Québec's south shore region that has been on the menu since opening day in 1979.

It seems that people are either born on the islands, or they come, fall in love and stay. Like many other entrepreneurs, Chef Vigneau is very hands-on. “She always cooks,” confides the waiter. “If Johanne's not cooking back there, we are not open. She's from the island and has salt water running through her veins.”

One of the advantages of the remote location is that locally sourced ingredients are usually, well . . . actually locally sourced. It's been that way for smoked herring for about the past century. The artisan technique of hard smoking fish — also called kippering — is an island tradition that has been passed from father to son.
“At one time there were 40 smokehouses on the islands,” says Déraspe. In the 1960s the smokehouses were going full tilt, but the area became overfished and the smokehouses closed down.

The last 20 years have seen a revival of sorts at Le Fumoir d'Antan, where the Arseneau family first salt brine the herring, then hang it for several months in a traditional smokehouse over slow fires fuelled by aromatic woods to give it a characteristic flavour.

The long smokehouse is packed from floorboards to rafters with fish-draped rods, suspended above a dozen or so fires. The Arseneau smokehouse is the last remaining one on the islands that preserves the centuries-old traditions.

Perhaps inspired by the colours around them, artists Sophie Bourgeois, Catherine Chevrier-Turbide and master glassblower Franí§ois Turbide have opened the door to the workshop space of Verrerie La Méduse, their glassblowing studio. Visitors can watch the start-to-finish process as they melt crushed glass in a superheated furnace, then add metal oxides to create colour-swirled pieces of glass art. The entire procedure takes a full day, although only a half-hour may be active time, rolling and shaping the molten glass on the end of a long pole. The rest of the time is heating, cooking and reheating time as the glass goes in and out of the kiln.

The artists walk visitors through a narrated demonstration, although the workings of the open studio are always on display. The shelves of the attached boutique are filled with vibrant paperweights, globes, bottles, wall hangings and household décor.

It's this colour that marks these islands. It is found in globes of molten glass, in the bushes of wild blueberries and cranberries, the red sandstone cliffs, the kites and sails of the surfers and on the Acadian flags that are proudly displayed by the people of the islands, the Madelinots.

With both feet firmly planted in their island heritage, every day is a kaleidoscope of experiences — a pied-de-vent — when the warm rays of the sun break through the clouds.

If you go
The îles de la Madeleine are also known as the Magdalen Islands.

In addition to the islands' culinary treasures, they are well known for excellent seal and bird spotting, bicycling, sea kayaking and any sort of windsport from kite flying to windsurfing.

Get there by air or on daily car ferry service from Prince Edward Island.