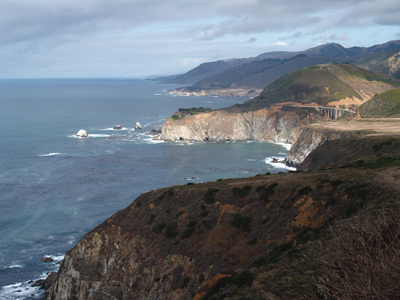 If ever there was a destination with magnetic charm, San Francisco is it. This inviting, seaside city, which John Steinbeck described as “a golden handcuff with the key thrown away,” captures the best foods, cutting edge music, captivating theatre and quirky politics the rest of the world has to offer. No matter how out-of-the-box, outrageous, new or time-honoured, San Francisco demands that the best raw materials be brought to her, and she graciously returns them in the form of world-class cuisine, arts and culture. The postcard-perfect scenery provides the backdrop.

There is much to explore and never enough time. The locals skip over the occasional rattle from an earthquake and jump right to the sights and sounds of the city's small neighbourhoods built in, on and between 11 majestic hills. And San Francisco is a large collection of diverse neighbourhoods: North Beach is the city's original Little Italy; the seed for Flower Power and the Summer of Love was planted in unconventional Haight-Ashbury; Chinatown's backstreets are home to temples and authentic markets; the urban greenery of Golden Gate Park with more than one million trees, lakes, gardens, fountains, waterfalls, playgrounds and a herd of bison. There is much that is instantly recognizable ““ the Golden Gate Bridge, Alcatraz, Fisherman's Wharf ““ but the city is also filled with lesser-known gems, just waiting to be explored.

UNCOVER THE LESSER-KNOWN
In the heart of Golden Gate Park is the LEED-certified California Academy of Sciences, an aquarium, planetarium, natural history museum, colony of penguins and four-storey rainforest canopy all rolled under one roof (the only place on the planet where this happens). The closest tropical forest is thousands of kilometres away, but inside this enormous glass bubble sprouts the rainforests of Borneo, Madagascar, Costa Rica and the Amazon. Blue-and-yellow macaws cling to the branches of giant mahogany and palm trees. Longwing butterflies in every colour and size imaginable flit from one tropical flower to the next. Feeding stations with slices of orange and sugar water attract them in groups of riotous, intermingling hues. The super-sized rainforest vegetation needs light and humidity to survive ““ the domed skylights and metal halide lights help maintain the natural balance. A custom designed misting system keeps the humidity above 75 per cent while a platoon of botanists and scientists work behind the scenes of what is the largest spherical living rainforest in the world.

Often overlooked, the city's small Cable Car Museum provides an underground glimpse at how the world-famous cable cars make it up and down those incredibly steep hills. Massive wheels and thick, steel cables supported by hundreds of small pulleys are running constantly under the city streets, while the above-ground cars themselves have no motors. They move by gripping onto the continuously moving cable and being pulled along.

Everyone wants to hop a boat cruise to The Rock, where the remains of the federal penitentiary on Alcatraz Island (a National Parks Service site) once housed some of America's most notorious criminals including Al Capone and the Birdman of Alcatraz.

BEYOND THE BAY
No visit to the City by the Bay is complete without venturing along the stunning coastline of Central California. A journey that begins with urban energy easily stretches into one of the most scenic road trips in North America. Drivers who take their time eschew the interstate and latch onto the sinuous Highway No. 1 that wiggles its way south from San Francisco, through the trendy communities of Monterey and Carmel and onto the spectacular coastal stretch known as Big Sur.

This narrow highway is the stuff road trip dreams are made of ““ a shoreline blacktop that winds past stunning beaches, precipitous cliffs, small towns and magnificent stands of old-growth redwoods. From San Francisco to Monterey Bay, the road dips, twists and gently meanders, tossing in a few hills as a portent of what lies ahead.
Just outside Monterey, the Salinas Valley is an agricultural powerhouse, immortalized in the novels of John Steinbeck, who captured the tales of 1940s migrant workers streaming in from Dust   Bowl states to pick and pack the produce. Locals call the region “the salad bowl of the world” ““ fresh avocados, artichokes, strawberries and pistachios can be bought at every roadside farm stand.

They haven't forgotten Steinbeck, the hometown  son and a giant of American literature. The National Steinbeck Center in Salinas recounts the story arc of the author's politically-influenced writings through multi-media displays of film, archival letters and photos. In the early 20th century, his radical politics often slapped him with a very controversial label. Even iconic works like The Grapes of Wrath were criticized as “red propaganda.” Steinbeck rose above his critics and went on to win both the Pulitzer Prize and the Nobel Prize for Literature. He was acutely aware of how the world was shifting at the time and he wrote, “I'm trying to write history as it's happening and I don't want to be wrong.”

The city of Monterey and its smaller neighbour Carmel strut their Spanish roots. It was along this stretch of coastline that Spanish explorers built missions and presidios to colonize the territory for Spain. The area was constantly in dispute between Mexico and a young, growing America, but by the mid-1800s the issue was settled and California became the nation's 31st state.

Monterey has successfully made the leap to tourism hub. The small city is known for historic Cannery Row, a wharfside collection of renovated warehouses that were once the boomtown of the lucrative sardine industry. Top billing goes to the world-class Monterey Bay Aquarium, home to 35,000 sea creatures in hundreds of exhibits. Two-storey glass tanks hold forests of swaying kelp, neon-blue jellyfish and thousands of silver sardines, swirling in a fish tornado. The Aquarium's new exhibit ““ Mission to the Deep ““ immerses visitors in a 360-degree video projection of the underwater Monterey Canyon.

A short drive to the south, the one-square-mile enclave of Carmel-by-the-Sea is known for exclusive homes, boutique shops and galleries, world-class golf at Pebble Beach and its famous former mayor, Clint Eastwood. Celebrity residents know they live in a beachfront paradise and plan to keep it that way with bylaws that ban neon signs, hot dog stands, the display of street addresses and, oddly enough, high heels over two inches without a proper permit (it is considered dangerous in a quaint “urban forest setting”).

On the town's southern border, the dramatic Big Sur drive begins at Point Lobos State Natural Reserve, an ages-old landscape that has been called  “the greatest meeting of land and water in the world.” The trails, coves and sprawling headlands at Point Lobos are rigorously protected; admission is limited to a few hundred visitors at any one time. The lucky few tromp along pebbled trails to lookouts like Sea Lion Point, binoculars and cameras at the ready to spot the misty spray of a massive gray whale or to watch the frolicking of the endangered southern sea otters bobbing in the foamy surf. It is a very California vibe, very Zen spot to marvel at the magnificence of nature.

Big Sur ““ designated a National Scenic Byway ““ rolls out one seductive bend after another. With its dramatic skyscapes, the imprint of wilderness and some of the oldest trees on the planet ““ the giant Coast Redwoods ““ it has always attracted artists, poets and counterculture types. There are no grocery stores, no gas stations and no ticky-tacky souvenir shops. But there are magnificent protected lands like Pfeiffer Big Sur State Park with its hiking trails through nature's chapel of ancient redwoods.

Walking, resting and reflecting in this sacred landscape could be the perfect way to restore and soothe the tired soul. It was Arthur Miller, another American literary great, who found the perfect words to describe his home of Big Sur.
“It was here in Big Sur that I first learned to say Amen.”

If you go
Getting there
Air Canada (aircanada.com) and WestJet (westjet.com) fly from Toronto into Monterey and San Francisco.

Where to stay
For upscale plus a dash of San Francisco history ““ at the top of Nob Hill, the historic Fairmont San Francisco is right on the cable car lines.
fairmont.com

The luxury Carmel Valley Ranch is like a summer camp for adults with golf, spa, hiking, yoga and top-notch culinary experiences. The focus is on the experience of play.
carmelvalleyranch.com

With the San Francisco CityPASS, one special rate provides admission into the city's top attractions plus seven days of unlimited travel on cable cars, streetcars and buses.
citypass.com