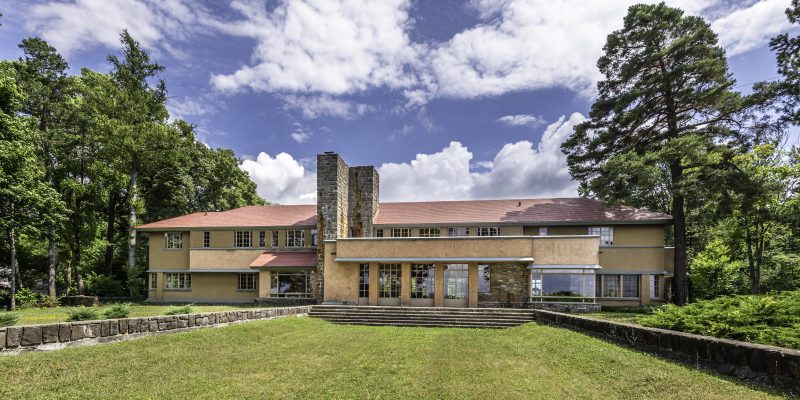 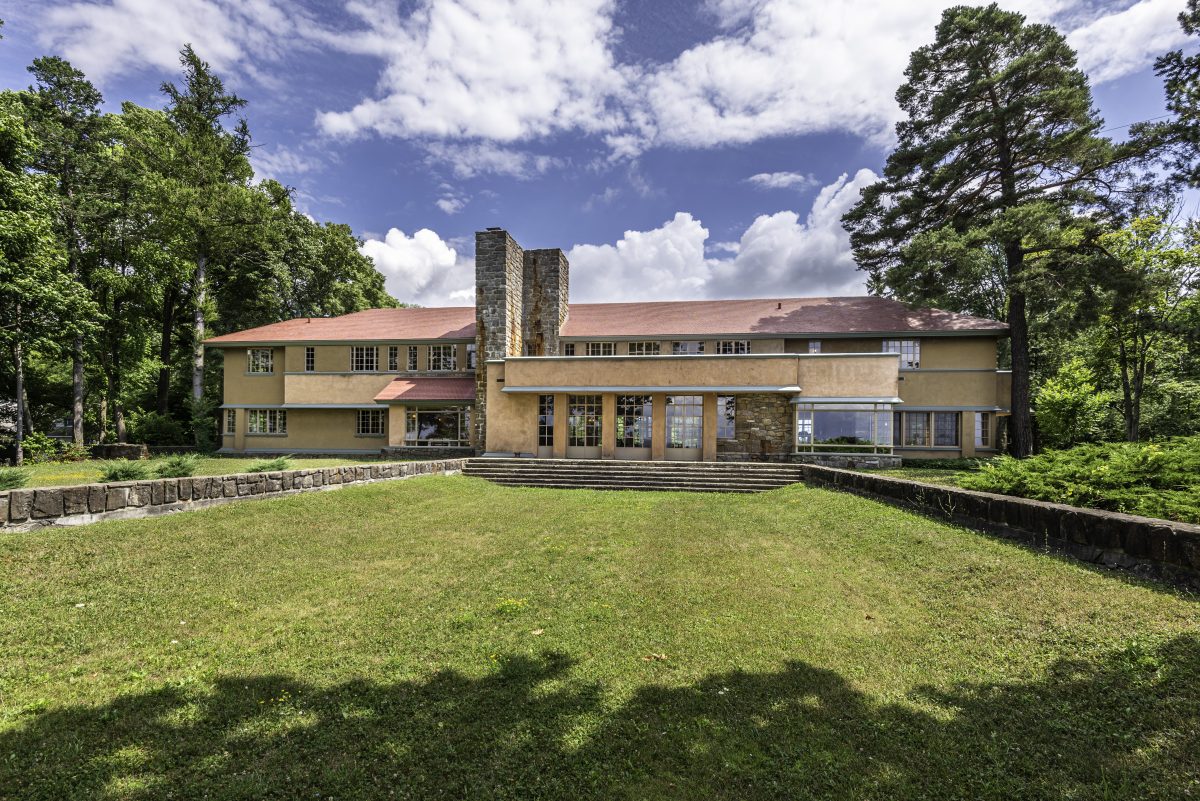 Boasting tours of restored buildings by architectural genius Frank Lloyd Wright, this city across the border deserves a fresh look

If you have read “Loving Frank”, Nancy Horan’s fictional re-creation of Frank Lloyd Wright’s tumultuous personal life, you will be aware of the famous architect’s moral failings and personal weaknesses. But the one thing that remains unquestioningly true is the man’s brilliance. He was a true iconoclast, changing American architecture forever. How lucky are we, then, to be so close to the city that has been instrumental in his professional resurrection, and in saving and restoring some of his most famous buildings. For anyone with a love of timeless design and an appreciation for architectural purity, Buffalo is a treasure chest of well preserved gems.

There was a time when Buffalo had more millionaires per capita than any other American city and that wealth brought a richness of design in the buildings, parkways and neighbourhoods of the city. Many of the significant buildings have been saved and restored, making the city into a veritable urban history museum.

Frank Lloyd Wright is the best known of the American architects who left an indelible mark on the city. The Darwin Martin House, situated on a leafy street in Buffalo’s Parkside neighbourhood, is considered one of the best examples of his Prairie School period designs. Darwin Martin was one of the highest paid executives in the US when he commissioned FLW to design a house for him and his wife Isabelle. That commission and subsequent ones from Martin were instrumental in promoting the architect’s career.

Begun in 1903, the house was a complex of five buildings, startlingly modern, even today, in its sleek clean lines and low slung roof.  Unfortunately, Martin’s wealth was wiped out by the depression and he died penniless in 1935. The beautiful house he commissioned went through different hands and sat abandoned and vandalized for many years until, in 1992, the Martin House Restoration Corporation was formed to restore the house to its original state.

I have visited the Darwin Martin House many times and it never fails to engage me. The entranceways and corridors inside the house are designed to be low-ceilinged and narrow –  almost constrictive – intensifying the expansive effect of entering the higher ceilinged and spacious main rooms. Even knowing that the effect is calculated, I still feel the impact of that abrupt change.

A second home (a summer house) called Graycliff, was built by Wright for the Martins on the shore of Lake Erie, about fourteen miles outside of the city. Isabelle had complained that the house in Buffalo was too dark – her eyesight was diminishing – so the summer house was designed to be full of light. Tichenor limestone from the cliffs was used in the construction, as well as beach sand in the exterior stucco and interior plaster, reiterating Wright’s commitment to organic architecture, and to building in harmony with nature. Wright created the landscape designs but the plans were executed by pioneering landscape architect Ellen Biddle Shipman.

Both these properties have undergone multi-decade, multi-million dollar restorations and reconstructions and both properties can be visited by appointment. The Martin House has docent-led tours available six days a week that are highly informative and add a depth to any visit to this important house. Self guided tours are offered every Thursday from 4-7 pm and landscape tours are given on weekends. The complex is closed on Tuesdays.

These two exceptional examples of twentieth century modern American architecture are not all of the FLW jewels in Buffalo. Three designs created by Wright, but not built at the time, have been completed posthumously. Inside the Buffalo Transportation Pierce-Arrow Museum, visitors can view Wright’s “ornament to the pavement”, a filling station he designed.

At the Forest Lawn Cemetery, the Blue Sky Mausoleum that Wright designed for the Martins and which remained on the drawing board when the family fortune was lost, was finally built in 2004. It is an interesting modern installation against the backdrop of the mostly Victorian monuments. And Wright’s Fontana Rowing Boathouse now exists at Buffalo’s West Side Rowing Club; it can be visited by appointment.

While Wright is arguably the best known contributor to the architectural richness of Buffalo, he is not the only famous architect whose work is preserved in the city. Louis Sullivan’s city hall, Fredrick Law Olmsted’s urban park system and H.H. Richardson’s architectural designs, best preserved in the elegant Hotel Henry, are some of the treasures that Buffalo has wisely conserved.

It’s difficult to see all the architectural landmarks in one day, so a stay over is a good choice. The Hotel Henry, once the state mental hospital and now a sleek 88 room hotel, is in the centre of the museum district, close to the charm of Elmwood Village and within walking distance of parks, galleries and museums. Another good choice for the architecturally inspired is the Hotel @ the Lafayette. Built in 1904, the French Renaissance-style hotel was designed by Louise Blanchard Bethune, the first American female architect. 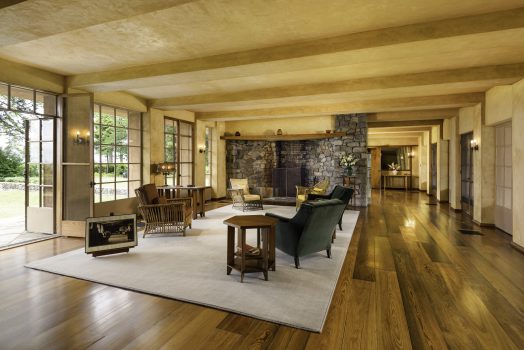 Arts and Crafts style is preserved in the historic Roycroft Inn, while the Mansion on Delaware Avenue is a luxury hotel with old world charm, butler service and butler driven Range Rover transportation within a three-mile radius of the hotel.

Dining options in the city are many and the big decision is whether to go with the local culture – beer and buffalo wings – or to sample the new gourmet offerings.

If wings is your choice, and that is always a good choice in my opinion, you can’t go wrong with Sean McCarthy’s Old First Ward Brewing Company. Situated at the waterfront, this place serves several styles of wings. I am still dreaming  about the honey mustard extra hot wings I had there…the best ever. Afterwards you can walk down to the water to view the largest collection of grain silos in the world. For family fun, the Buffalo River Works is a hotbed of activities, from ziplining and rock climbing to concerts and kayaking.

Alternatively, go uptown to the Sea Bar where Chef Andrzejewski, who beat Bobby Flay in a throw down, serves up classy Asian American influenced dishes that are inventive and delicious.

Buffalo is not just wings and beer, though it is that too, affirmatively so.  It is, however, also a design-rich city with a culture that is deep rooted and carefully preserved. With the border re-opening soon, and the close proximity of the city to Southern Ontario travellers, Buffalo is an inspired choice for an exploratory excursion.