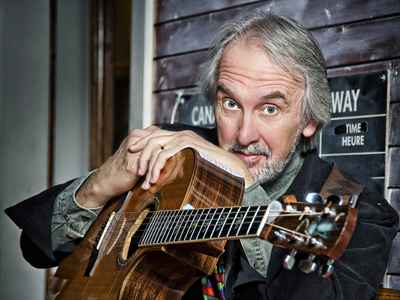 The village of Waterdown is getting artsy with the announcement of a new summer festival. The inaugural ArtsFest.ca ““ Historic Waterdown Summer Festival will take place on August 20 and 21 and is expected to attract more than 20,000 visitors.

Produced by Historic Waterdown Arts & Events, a non-profit corporation, the event strives to promote community by bringing diverse world-class visual arts and music to the picturesque Victorian streets of the downtown area.

“Waterdown is such a beautiful town and it's not very well-known outside of the local area, but really it's the gateway to the escarpment,” says Geoff Kulawick, Historic Waterdown Arts & Events Board Chair, ArtsFest organizer and co-owner of True North Records and True North Gallery. “Seeing the natural beauty of the area, we thought Waterdown would be the perfect area to build-up arts and culture as a destination. It's such an old, historic community and it would be great to have more cultural businesses and people from the GTA West, Niagara and Buffalo areas visiting. We met with a few of the local businesses here and decided that organizing a festival would be a great way to start this process.”

“I've been a long-time resident of Waterdown, living and working here as an artist, and I was going outside of Waterdown to be engaged in the arts,” says Donna Redl, ArtsFest Board Treasurer and owner of The Creative Hub. “There was nothing happening here as far as outreach programs, artistic galleries or events ““ I would go everywhere to feed that part of me. Finally, over the last four or five years we committed to this space here [The Creative Hub] and people are realizing that the arts are alive and well in Waterdown. It gave us the confidence to build the festival.”

Musicians will perform across multiple stages throughout the festival, which will be bordered by Dundas, Main, Mill and Griffin Streets with headliners taking to the main stage at the foot of Franklin Street. Thanks in part to Kulawick's True North Records, headlining acts include multi Juno Award-winning country-roots artist Jimmy Rankin,  number one hit and Grammy Award-winning singer/songwriter Dan Hill, multi Juno-Award winning fiddler Ashley MacIsaac and beloved children's entertainer Fred Penner.

Other performers include Pavlo, Russell de Carle, Steve Dawson, Patricia O'Callaghan, folk supergroup Quartette, the Lori Cullen Trio and the Burlington New Millennium Orchestra who will be performing selections from The Mozart Effect at twilight.

Along with these musical performances, festival-goers will be able to witness buskers alongside artisan vendors and visual art instructors in interactive experience for all ages. The dedicated Family Zone will host dance and theatrical performances, storytelling, puppet shows and mime artists.

Unique features of the Family Zone include Mural Painting, where a four-foot by 26-foot canvas will hang allowing visitors to add their own contributions to Waterdown's first hanging mural which will then be displayed at future public events. The Interactive Craft & Pottery Space welcomes attendees to make their own arts, crafts and pottery while being led by professional artists and educators. The stunning must-see Living Arts performance will feature a team of university students and models as they paint themselves with remarkable talent, tricking the eye to believe they are in fact oil on canvas as opposed to a live art performance.

Other artist events include the Chalk Art Zone, Graffiti Zone and the festival-wide Art Walk where visual artists will sit on site creating new works in a variety of mediums giving guests a chance to engage with artists while witnessing the birth of their latest creations.

“There's this great vibe between Geoff's gallery and our studio,” says Redl. “People are coming up into the core and saying “˜Wow what a cool little town,' where before people were driving through Waterdown to get somewhere else ““ now they're coming as a destination point. There's excitement happening [in Waterdown] and it was time to invest in that and get a real event here,” says Redl. “It's a real community-building event.”