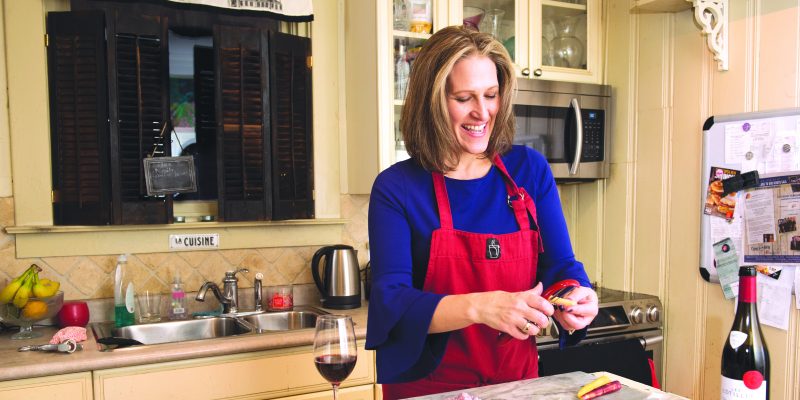 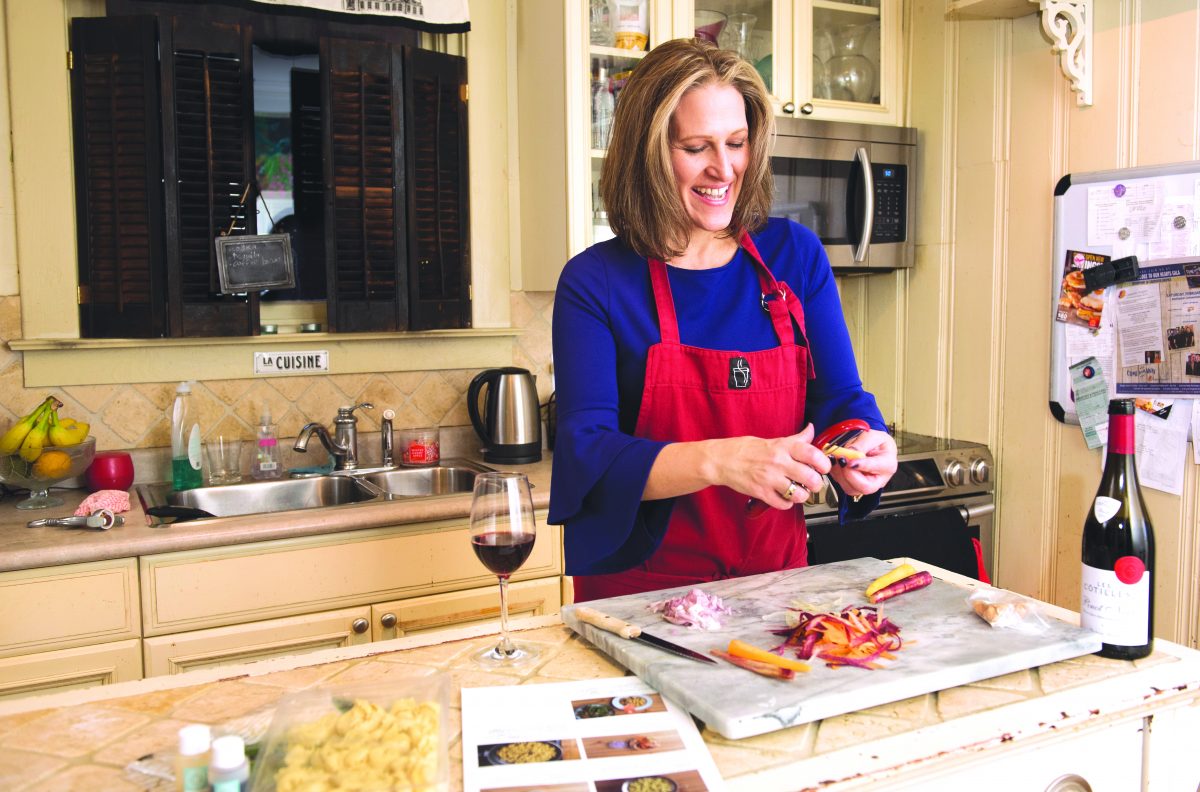 It’s a side of Marianne Meed Ward that local residents don’t often get to see, standing in her kitchen after a busy day at City Hall, peeling vegetables and boiling pasta while sipping a glass of pinot noir.

As she prepares dinner for her family, laughing and chatting with West of the City staff before heading to that evening’s council meeting, one can’t help but feel put at ease by her authentic, down-to-earth nature.

This genuine disposition is sure to be part of the reason why Burlington voters recently elected her to serve as their leader — the city’s first female mayor in more than 40 years.

Meed Ward’s path to the top certainly came with its share of challenges to overcome, including the “nastiest” election she says Burlington has ever seen where she was the target of a smear campaign. Fortunately for local residents, giving up isn’t part of this mother of three’s vocabulary.

You’ve been in office as the mayor for a couple months now. How are things going in your new position?

Awesome. I truly do wake up every day and pinch myself; sometimes I don’t believe it’s true. It’s an incredible privilege, an incredible honour, and there’s an enormous amount of opportunity in the community.

It’s been more than 40 years since Burlington had a female mayor. What do you think this says about the climate in municipal politics?

We certainly see more women running for elected office, but still overall in Canada the latest numbers I’ve seen are that women only represent roughly 25 per cent of elected officials at all levels. That’s got to change. The election we just went through was the nastiest election ever in the history of Burlington, and I was a target of most of that. There’s this notion of, ‘Well, that’s just politics,’ but we as a society and certainly as women who run have to say no, I don’t accept that. I expect a higher standard.

This being my fifth election in Burlington, I can say with experience that this was the absolute worst. You start to wonder if your family is safe; I started thinking about whether we need a security system. I walk home from City Hall in the dark in the winter, and I never worried about that before, but I started worrying. That’s the effect it has on you. As a woman, especially as a parent, you also start worrying about the impact on the family. It’s a different set of considerations that a lot of women have to think about before they go into this that not all men have to think about.

How do you like to unwind after a long day at City Hall?

Cocktails with my husband, and I regale him with my stories. He’s very interested and he’s a great listener. We’ve been married 25 years. He actually told me to run; about a year and a half before the election, he gave me a coffee in the morning, got me up and said, ‘You have to save the city.’ I also love hiking. One of reasons we moved to Burlington was to be near the conservation trails.

What do you love about Burlington?

The waterfront, the Escarpment, hiking trails and mostly the people. They create that small-town feel; you still have people who greet each other on the street. I love that we raised our kids here.

We’re speaking in your kitchen today. Is there a certain space in your home that you would deem as your favourite?

This (the kitchen) is my happy place. I love cooking when I have the time. I like making pasta sauces because my favourite thing to smell when cooking is garlic. My second happy place is the front room (sun room). That’s where I go when I want to relax. There’s a lot of natural sunlight coming in, and the dog loves being in there too; if I’m there he’ll snuggle up on the couch with me. Sometimes I’ll grab a quick catnap on the couch in there if I’ve been going since 7 in the morning and I have a council or committee meeting that evening.

What’s something that most people wouldn’t know about you?

I used to take lessons to be an opera singer. I love singing. I took singing lessons for a number of years before I had kids in Toronto. I just wanted to be able to sing to my favourite pop songs and not make an embarrassment myself. If you can sing that (opera), you can sing anything and make it sounds really good. I’m a little rusty, but it comes back to you — it’s like riding a bike. Every now and again I put my best effort into O Canada and sing it operatically, quietly, at council.