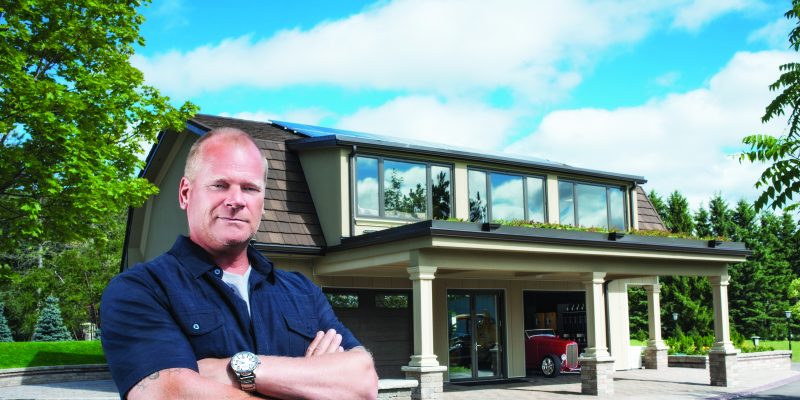 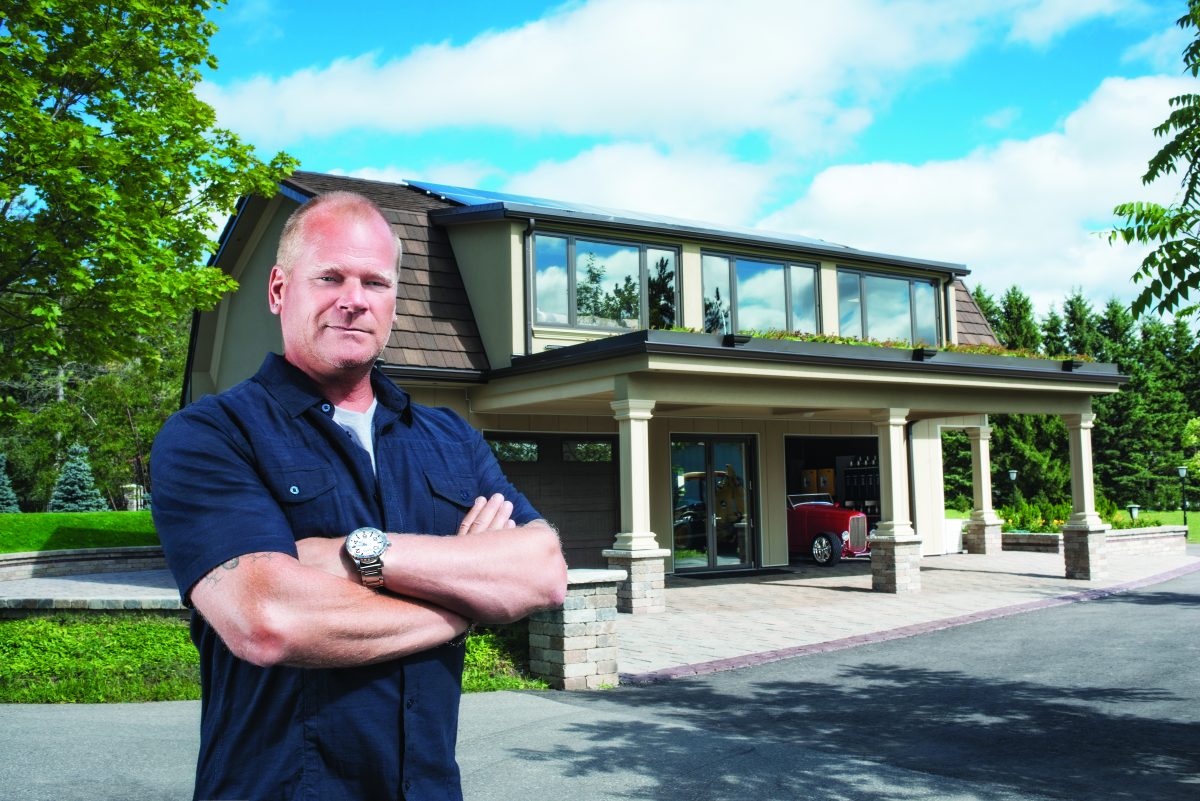 Who would have thought that an opportunity to build a home would turn into 15 years on television? Certainly not Mike Holmes. A contractor by trade, the local resident has now added the titles of investor, philanthropist, television host and businessman to his tool belt. He learned his craft from his father, who started teaching him construction at the age of six. By the time he was 12, while his peers were climbing trees and riding bikes, Holmes was busy working away with a hammer and a saw — completing an entire basement with electrical, plumbing, full bar and staircase. Now the star of his very own television series, Holmes inspires the next generation of skilled trades workers.  This year, alongside his son Mike Holmes Jr., he will razzle and dazzle you with the (proper) renovation of three different houses. You also might catch him shed a tear or two as his son says, “I do.” You don’t want to miss it. More from Holmes on what’s to come.

This year you’re celebrating 15 years on television. How did you initially begin in the industry and what led to your own show Holmes on Holmes?

Who would’ve thought I would be on television for 15 years? When this first started, someone at HGTV wanted me to build them a custom home. I was sitting in his office and started to go on about the shows on the channel and what I didn’t like about them — no permits, inaccurate information, that sort of stuff. Thirty minutes into the conversation I got up and said, “I have diarrhea of the mouth” and decided to leave. HGTV stopped me and said they wanted me to do a pilot. I told them I was a contractor, not a TV guy, yet here I am.

The premise of your shows is to help people who’ve had bad experiences with shoddy contractors. What should we keep in mind when choosing a contractor for an upcoming project?

Usually, excitement causes people to jump the gun and they forget to take the time to plan a project through. Before you start anything, you should think about what products to use, flooring, plumbing, electrical, permits, etc. Then take the time to find the best contractors on the planet. Do you hire a kitchen company to do a kitchen? The answer is usually no. Find a general contractor and hire someone to do the drawings, electrical, plumbing, flooring and cabinets.

You’re bringing the next generation into the skilled trades, and you’re doing this through the Holmes Foundation. Can you tell us what your foundation offers?

I find it a necessity to work with the next generation of skilled trades through Skills Canada, WorldSkills and colleges. Through the foundation, we give away 15 scholarships a year to students across Canada. I do what I do for a reason: because I actually care about it.

Being handy with a hammer seems to run in your family. On October 7, Holmes and Holmes 2 will premiere on HGTV — an entertaining series that follows you and your son Mike Jr. as you tackle the next big renovation. What can we expect this season?

This is going to be a great show. There are a lot of funny things that happen in the body of the show and you’ll also have the opportunity see Mike Jr. get married.

In this unscripted show, Mike and I go into business together buying three houses. We don’t flip them, but we renovated them right — showing homeowners the proper way to do renovations.

Speaking of your son — you handed the helmet over to Mike Jr. on Mike’s Ultimate Garage, where he was responsible for running the job site and overlooking the construction of your 1,850-square-foot dream garage. What were some of the components of this garage, and how did Mike Jr. do?

He wasn’t ready for it and I knew that at the time. But the only way to teach people, including my son, is to teach them by throwing them in. Mike has worked with me for years, but he’s never run a project. I threw him in the ocean and he had to learn how to swim.

The garage is state-of-the-art and environmentally friendly. Mike made mistakes along the way, but by the end of it he did a wonderful job and it really opened his future for running his own projects.

What is something (outside of construction) that you’re passionate about… something we might not know about you?
I love life and I love my boat. I need the serenity and I need to get away. I used to have it in Georgian Bay and now I have it 12 minutes away from my office in Port Credit. It doesn’t matter where you are on the water as long as you’re on the water.