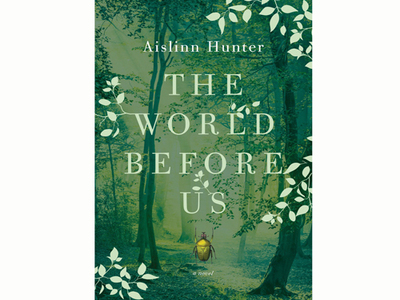 FOOD
Make It Ahead
by Ina Garten
The Food Network's Barefoot Contessa and New York Times bestselling author Ina Garten is back with her latest cookbook, Make It Ahead. With a collection of invaluable tips and make-ahead recipes for meals that not only sit well but also improve with flavour upon a day in the fridge, such as Braised Red Cabbage with Pancetta, Garten makes meal-planning easier than ever. For example, seasoning chicken a day prior and letting it sit in the fridge overnight will result in a roast chicken with the juiciest meat and crispiest skin while making a batch of Wild Mushroom and Farro soup can easily be reheated throughout the week for a quick meal or side. But let's not forget dessert! Garten's decadent, gluten-free chocolate cake sits beautifully, that is, if you can manage to resist eating it! Available October 28.
crownpublishing.com; $41

JUVENILE FICTION
Danger is Everywhere: A Handbook for Avoiding Danger
by David O'Doherty
Would you know what to do if a shark came up the loo”¦ while you were sitting on it? Or how to find out if your grandma is a robot? What about if a volcano erupts under your house? After you've made sure it's not the neighbours barbecue, Danger is Everywhere: A Handbook for Avoiding Danger will tell you exactly how to deal with it. Taken from the notebooks of the enigmatic and ultra-cautious dangerologist Doctor Noel Zone, you will be armed for every potentially dangerous situation, big or small. For children 12 years and up, available September 30.
puffinbooks.ca; $16.99

DESIGN
Frank Lloyd Wright ““ The Rooms: Interiors and Decorative Arts
by Margo Stipe
Curator and registrar of collections at the Frank Lloyd Wright Foundation, Taliesin West, Margo Stipe takes us through the evocative and artful interiors designed by the renowned Frank Lloyd Wright in her latest book Frank Lloyd Wright ““ The Rooms: Interiors and Decorative Arts. Her second book on the impressive architect and interior designer, Rooms, explores the language of architectural detail and styling of a man who developed his own language in the world of design. One where every detail, from the bookcases to the cabinets, spoke for itself as shown in such homes as the Oak Park Home and Studio in Illinois to the mysterious, Aztec-like Hollyhock House in Los Angeles. This luxurious design book covers the entirety of Wright's work highlighting a number of notable masterpieces along the way. Available October 14.
rizzoliusa.com; $75

ART & CULTURE
National Geographic The Covers: Iconic Photographs, Unforgettable Stories
by Mark Collins Jenkins
In publication for more than 125 years, National Geographic Magazine has told the story of a beautiful unseen world and the wonders of human advancement all captured by some of history's most gifted and innovative photographers. The Covers takes these moments and creates a comprehensive visual story that takes air power from the Wright Brothers to the space age, undersea exploration from awkward submersibles to sleek subs that can explore the untold depths of ocean's deepest trenches and a world that has transformed from a vast territory of exploitable resources to one in need of our protection. Iconic images like the piercing green eyed Afghan girl and the gorillas of the Congo's Virunga Crater chart our evolving understanding of global culture, the unfolding of international political events, groundbreaking discoveries and the astounding beauty of our natural world. Available October 21.
books.nationalgeographic.com; $50

TRAVEL
Pocket Atlas of Remote Islands: Fifty Islands I Have Not Visited and Never Will
by Judith Schalansky, translated by Christine Lo
Judith Schalansky's award-winning Atlas of Remote Islands is now available in a small-trim, gorgeously illustrated Pocket edition. Using her lifelong love of cartography combined with historic events and scientific reports, Schalansky uses a mixture of fact and imagination to create a unique story around each of the 50 featured islands. From Tristan da Cunha to Clipperton Atoll and Christmas Island to Easter Island, each destination is displayed in the order of the oceans in which they are found with an accompanying drawing helping to produce new worlds for the reader to explore. Available October 28.
penguin.ca; $18

FICTION
The World Before Us
by Aislinn Hunter
At the age of 15 Jane Standen lived through a nightmare. The smart, sensitive teen lost the sweet five-year-old girl she was minding on a walk in the woods ““ the little girl was never found, leaving her family, and Jane, devastated. Jump forward in time and the now grown-up Jane is working as an archivist at a small London museum that, due to a lack of funding, is permanently closing its doors. As her final project Jane finds herself searching the archives for scraps of information related to another missing person ““ a woman who disappeared 125 years ago from a Victorian asylum. As the novel jumps between museum in contemporary London, the Victorian asylum and a dilapidated country house that appears to connect the two missing people it explores the repercussions of small acts, the power of affection and the irrepressible vitality of every objects and events. The World Before Us is the second fiction novel from author Aislinn Hunter, whose first work of fiction, Stay, made the Globe and Mail's Top 100 books list and was made into a feature film in 2013. Available September 9.
randomhouse.ca; $29.95