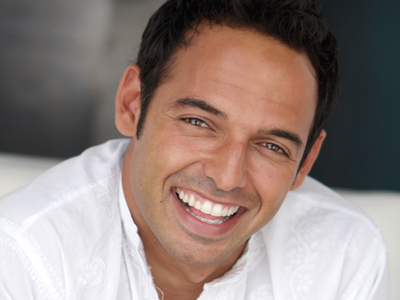 You've got to hand it to the guys in venerable American rock band ZZ Top. For a band that first formed in the late 1960s, the trio that brought fans memorable hits such as “Sharp Dressed Man” and “Legs” has had considerable staying power. ZZ Top still boasts its original lineup of Billy Gibbons, Frank Beard and Dusty Hill and has the ability to find new fans in each successive generation. Plus, ZZ Top made long bushy beards cool well before the Robertsons of Duck Dynasty came onto the scene. The Rock and Roll Hame of Fame-inducted band will bring their sound to the FirstOntario Centre in Hamilton for a concert on October 1. The Texas trio has released more than a dozen albums over its career and has sold more than 50 million albums around the world. Tickets cost $62.25 to $104.25 and can be purchased through Ticketmaster.

For the younger set, or those with teenage children, Demi Lovato will come to the FirstOntario Centre on October 20 for a stop on her world tour. For the performance she will be joined by special guests Christina Perri and MKTO. Still just in her 20s, Lovato has released four albums including last year's Demi. The album has sold over five million tracks around the world and included the hits “Heart Attack” and “Neon Lights.” In addition to her successful music career, she also worked as an actor on television shows such as Sonny with a Chance. Tickets cost $62.25 to $104.25 and can be purchased through Ticketmaster.

On November 10, Canadian chanteuse Sarah McLachlan will stop by Hamilton Place for a night of music. The popular singer and songwriter, who's also a Grammy Award winner, will be making the stop as part of her Shine On tour. It's in support of her eighth studio album Shine On, which is her first new full-length album in four years. McLachlan has sold more than 40 million albums worldwide and holds eight Juno Awards and three Grammys. Few will forget some of her more memorable songs such as “Building a Mystery.” She's also very active in social causes and formed the non-profit organization the Sarah McLachlan School of Music that provides free music education for at-risk children. Tickets cost $105.25 to $138.25 and can be purchased through Ticketmaster.

At the Oakville Centre, Jim Cuddy will perform a second show on November 18 as his October 28 concert quickly sold out. Cuddy is a vocalist with the popular band Blue Rodeo but has also enjoyed a successful solo career. He's released three solo albums, including 2011's Skyscraper Soul. His other solo releases, The Light that Guides You Home and All in Time, were both certified gold in Canada. Tickets cost $67 to $78 and can be purchased by calling the box office at 905.815.2021.

For those who love to laugh, comedian Shaun Majumder comes to the Burlington Performing Arts Centre for a night of comedy on October 16. The Gemini Award-winning actor and comedian starred on the Canadian series This Hour Has 22 Minutes and is a regular at Montreal's Just for Laughs comedy festival. He's currently starring in Majumder Manor on the W Network. The show follows Majumder as he returns to his home province of Newfoundland to help turn a tiny town into a tourist destination by creating a luxury resort. Tickets cost $53 to $59 and can be purchased by calling the box office at 905.681.6000.

On October 26, Canadian rocker Randy Bachman brings his Vinyl Tap tour to Burlington. Bachman will perform some of his biggest hits from his time with the bands The Guess Who and Bachman-Turner Overdrive and intersperse them with stories about how the songs came to be. Each song will also be accompanied by a visual backdrop. Tickets cost $75 and can be purchased through the box office.

For those with a mind for money, Gail Vaz-Oxlade comes to the Milton Centre for the Arts on September 19. She's the host of the television show Til Debt Do Us Part and the author of a number of books including Money Rules. The financial expert will give tips for people on how to take control of their money and their lives. Tickets cost $15 and can be purchased by calling the box office at 1.866.257.0004.

At the Living Arts Centre in Mississauga, singer Emilie-Claire Barlow performs on November 13 in the centre's RBC Theatre. Tickets cost $28 to $45 and can be purchased by calling the box office at 905.306.6000.

At the Rose Theatre in Brampton, Classic Albums Live presents Meat Loaf's Bat Out of Hell on October 10. The album features the massive hits “Two Out of Three Ain't Bad” and “Paradise by the Dashboard Light.” It's sold more than 43 million copies worldwide. At the concert, live musicians will play the album as it was written. Tickets cost $48 to $58 and can be purchased by calling the box office at 905.874.2800.