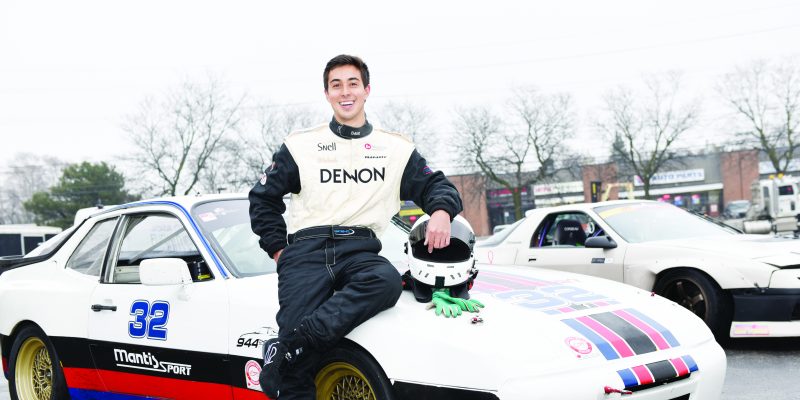 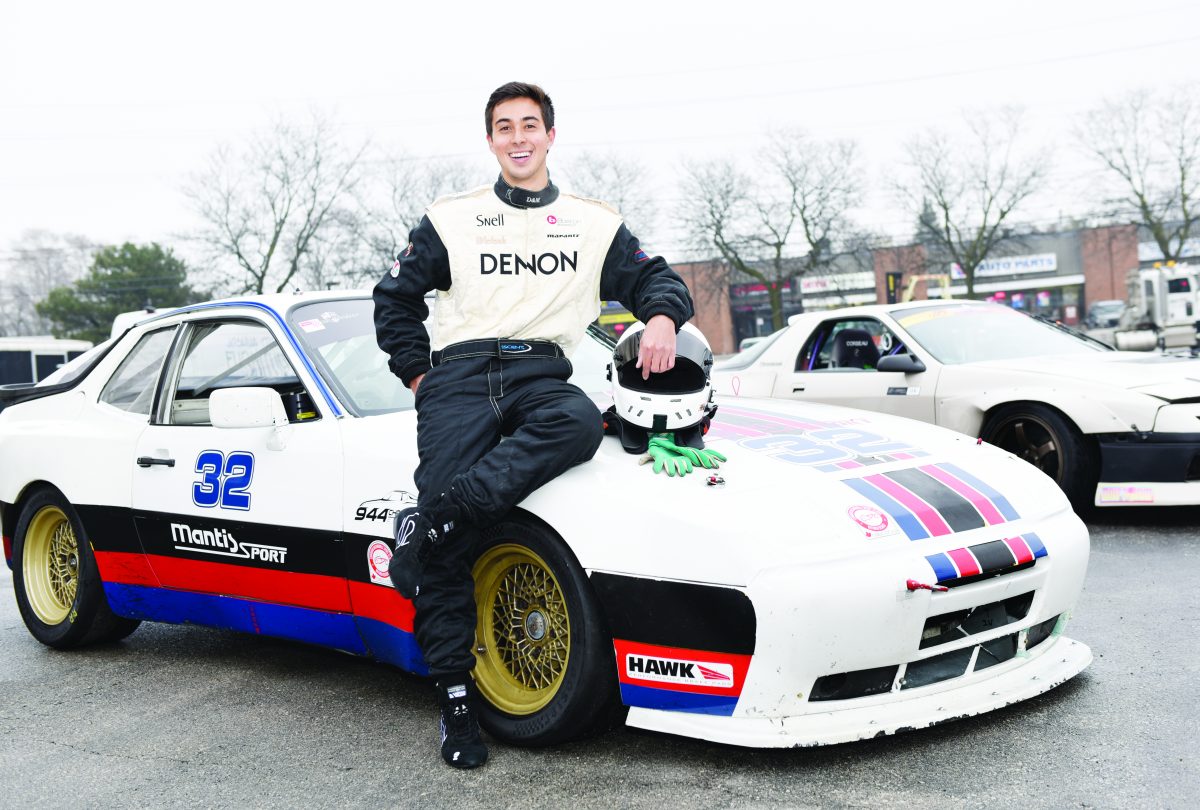 Oakville’s Bryson Cook is anything but the clichéd version of a race car driver. In American movies, the protagonists are almost always cocky Casanovas who live for speed and don’t allow anyone to get in their way. But this polite, self-effacing 23-year-old has no time for a relationship right now with 12 racing events coming up in 2019. He’d rather concentrate on his job and the two vehicles he races.

Surprisingly, Cook didn’t get his start in local go-karting events, unlike Formula One racers James Hinchcliffe of Oakville or Robbie Wickens of Guelph. Instead, he took a three-day racing course — a gift from his father — just after getting his driver’s licence at 16. He also bought a computerized racing simulator for $300 when he was in China and practised every night for two years.

With the strong support of family behind him, Cook’s foray into the field began after being offered a job in a small automotive business. From there, he met the Pfaff Motor Sports racing team. “I took a leap, and I found something I enjoy,” he says.

A couple of years later, while working for Mantis Racing in Oakville, he bought a used Mazda RX7 that had a Chevrolet V-8 engine. In those years, he competed in drifting events, where the car slides around corners in controlled skids, and “time attack” events, racing laps against a clock. He also did road racing, which culminated in his recent victory in Daytona Beach.

He now works with Pfaff Motor Sports in Vaughan, and as an apprentice technician with Mantis Racing, where he had volunteered in a variety of jobs for two years. It was while there that he impressed owner Ernie Jakubowski.

Surprisingly, the competitive nature of auto racing doesn’t mean there’s no support or co-operation among people in the sport. Cook makes it clear his career wouldn’t be where it is without the generosity of two mentors.

How did Ernie Jakubowski influence your career?

I had worked there (at Mantis Racing) for a few years, and he knew I wanted to race. He had just bought an older Porsche from Quebec, and the engine was out of it and it wasn’t wired up. He told me if I would put the engine in the car and wire it, I could race it. My first race was at Mosport, and I placed second. Ernie told me I have to race more. He introduced me to the Porsche Club of America — 2,000 members all racing Porsches. He also gave me a truck, a race car and a trailer to go down to Daytona, Florida. Unfortunately, four or five friends who had offered to help couldn’t come down, so it was just me. That was tough on my own. The first race went well, but in the second I crashed into another car. There wasn’t too much damage though.

What role did Jon Dunski play in helping your career?

Jon was a Mantis Racing customer who was also competing at Daytona. I told him I had crashed my car. He offered to split the endurance race with me; we would drive 45 minutes each. That was very generous — I’d only met him four days prior. We won that event. He had broken the track record the day before, and I broke the track record during my half of the endurance race.

What’s your style of racing?

I believe in having a lot of control of the car, even when it’s out of control. I believe in safety first; bringing the car back in one piece. My goal is to win most of the races, not all of them. I plan to be consistent, but to take calculated risks.

What tips do you have for any young readers who are considering a career in auto racing?

Do what you love. Just go out and do it. It doesn’t matter if it puts you in a weird financial position, like not saving up to buy a house. Otherwise, you’ll look back years later with regrets. Do it now, while you’re young. And surround yourself with people who support you. If you don’t have them, go out and find them. And if anyone is giving you clues that they’re going to let you down, drop them.

What does the future hold?

I just want to keep going. I want to use all my available time. I hope to one day move up to bigger series. The top would be Formula One racing, but that requires a lot of support and financial backing. I’m optimistic that will happen. But for now, the next goal is to go from being a paying driver to a paid driver.