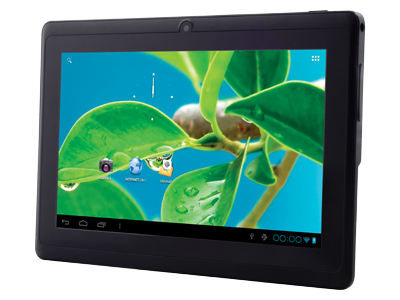 DATAWIND's UbiSlate line of affordable tablets and phablets are now available in Canada. With an entry level price of $38, the 7-inch full-featured UbiSlate tablet runs on the Android operating system and comes pre-loaded with apps for education, entertainment, gaming and productivity, helping to bridge the digital divide in many countries including Canada. Launched last year at the United Nations by UN Secretary General Ban Ki Moon, this revolutionary device comes to Canada through DATAWIND, with offices based in Mississauga and Montreal, following its success in India where sales have overtaken that of the iPad. “The development of the tablet stemmed from the realization that lack of internet adoption in many parts of the world was primarily because of lack of affordability,” said DATAWIND CEO Suneet Singh Tuli. Featuring flash memory of 4GB that can be expanded through a micro-SD slot, embedded WiFi and 3G support, the UbiSlate line also features phablets like the UbiSlate 3G7 that can use a regular SIM card for voice calling capabilities. Go online for more details or to purchase.
ubislate.ca