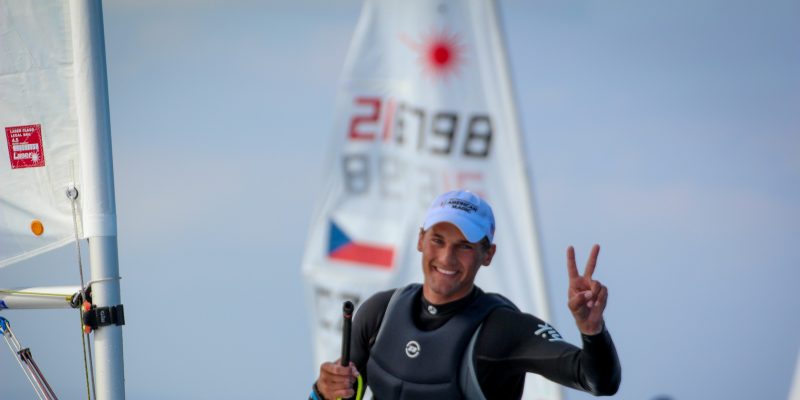 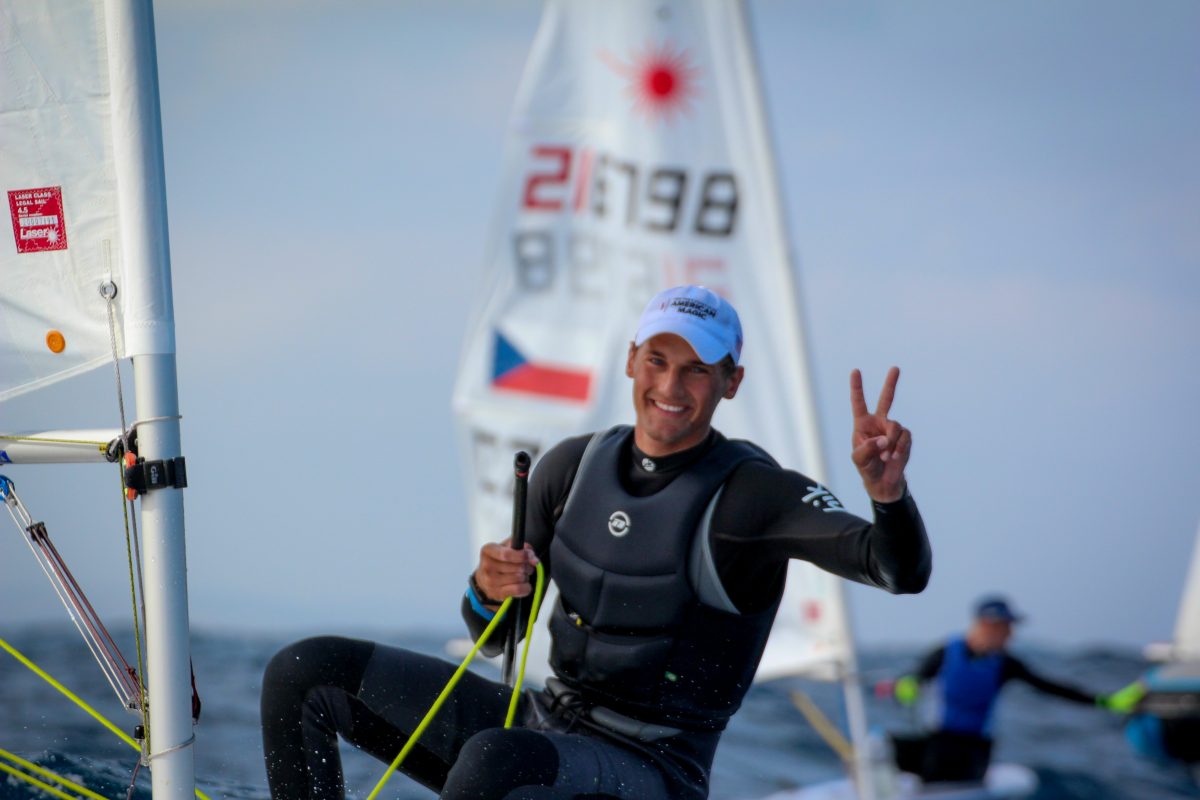 The coronavirus pandemic has crushed countless dreams and aspirations. At the same time, it has provided others with ceaseless opportunities.

Up-and-coming Canadian Olympic sailing hopeful James Juhasz fits into the latter category. He credits his eternally supportive and pragmatic father with inspiring the turn his sporting career took in 2020 in the midst of a global pandemic.  “After the virus hit, when I was trying to figure everything out, l talked to my dad and he repeated a Churchill quote, ‘Never let a good crisis go to waste.’ He was saying every crisis presents an opportunity and it obviously did for me.”

So the 21-year-old decided to postpone the fourth year of his education as a history major at Queen’s University and give his all at a shot at the Paris Games in 2024. To make that bid a reality, Juhasz seized an opportunity and transplanted himself last summer to the tiny Mediterranean island of Malta, the home of the leading training program for laser-class sailing. 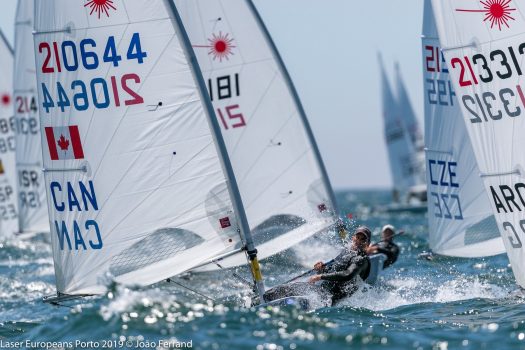 Juhasz is the first to admit his all-or-nothing personality also helped inform the move. “I tend to obsess over one thing and everything else falls by the wayside,” explains the Oakville native. “When I was at university I was focusing on school and sailing and it was kind of killing me on the inside as I was not doing as well academically and in sailing. I figured I can always go to school so I decided to pick sailing because I would regret it.” He and his father share that same trait. The two grew especially close following his parents’ breakup when he was nine. Besides having similar personalities, the father and son also share an aptitude for teamwork. While dad’s talent is demonstrated in his career as an e-commerce sales manager, Juhasz’s is revealed on the water.

“This is something I very much admire about my father and is part of the reason why I regard teamwork so highly. However, I don’t think I could ever sit at a desk for as long as he does every day. But who knows? Maybe that comes with maturity.”

It was Juhasz’s father who initially introduced his son to sailing when he was just five. His love of riding the waves would grow over the years, leading to training camps, domestic and international regattas and hopefully the Olympics. Ranked fifth in Canada, Juhasz is training with an international group under world-renowned Olympic level coach Trevor Millar at the Royal Malta Yacht Club, which is located across the bay from the beautiful and historic capital city of Valletta. That group includes his training partner, Vishnu Saravanan, whom all eyes are on as he’s poised to qualify for the Japan Olympics. If that happens then Juhasz will help him prepare this summer in Malta. While laser sailing is a highly independent sport, achievement is based on collaborations with training partners, coaches and how well you fundraise.

“We’re teammates so now I am helping him to prepare and in the future when I have big events like Olympic qualifiers or the Pan Am games, he will be there to help me prepare.” Juhasz’s youth is definitely on his side. The peak age for Olympic class sailors is 28 to 33. 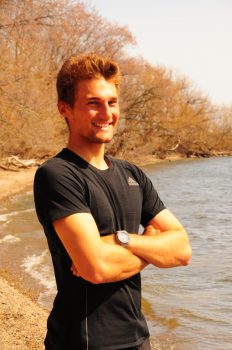 Unfortunately, the pandemic has besieged competitors as many regattas and sailing competitions have been cancelled or postponed. Juhasz was eyeing the Princess Sofia Regatta in Spain this spring, an important event for government funding, however, the competition has now been postponed to the fall. Given that his entire campaign is financed by fundraising, this is a significant, although hopefully temporary, setback. Training costs can run in the neighbourhood of $30,000 to $50,000 depending on how much travelling he’s doing. He’s definitely on a budget. Juhasz is also targeting the world championships, considered the pinnacle of the sport, which are set for September in Barcelona. Good results generally mean good things funding-wise.

In the meantime, he’s looking forward to visiting Oakville in the spring to be with his family and possibly a few friends. An older brother to two teenaged sisters, he was excited about his month-long trip home. “I can’t wait to see them,” said Juhasz, also an avid musician who prefers playing guitar, violin, piano and saxophone over video games.

Despite his varied interests, there is no denying Juhasz’s love of sailing. “I’m sure everybody says the same about their chosen sport,” he says. “It’s complex because it’s always changing underneath you. There are so many factors you need to consider: meteorological conditions, weather systems, clouds, wind strength. A bad sailor blames the wind and a good sailor knows how to use it to its advantage.”

To keep tabs on Juhasz’s progress follow him on Instagram @james.juhasz or consider a donating to help make his Olympic dream a reality at www.windathletes.ca/athletes/james-juhasz.

James Juhasz trains six days a week on the water and three days a week in the gym. His routine includes about two hours of cardio on a stationary bicycle and weight lifting, which includes core work such as dead lifts, squats and planks.

For his two-hour bike routines, he likes to maintain a heart rate of 125 to 130 beats per minute. Twice weekly, Juhasz adds in interval sessions on the bike in which he gets his heart rate up to 170 beats per minute for four minutes followed by a four-minute rest period. He does this for five sets. The interval training begins with a 10-minute warm up and ends with a 10-minute cool down.

As for his diet, Juhasz says eating 4,000 to 5,000 calories is definitely a mind shift from days when he’s not in training. “To get enough calories into you, can be a challenge,” he says. “It’s like going to a restaurant and doing a big meal challenge every day.”

To reach those high calories, he consumes plenty of carbohydrates such as pasta, rice, bread and potatoes. Protein is also important so he includes meat with dinner but gets it in other ways thanks to protein bars and protein powder.

Since he trains at a higher weight than he is comfortable competing at, Juhasz is also familiar with the flip side of carb loading. When watching his diet, he wears a heart rate monitor and keeps a mental check of how many calories he’s consuming. “Instead of mounding a pile of spaghetti on my plate, I have a regular plate,” he says. “It’s easier to sleep when I’m a bit hungry than to train a bit hungry. Moderation is key.”