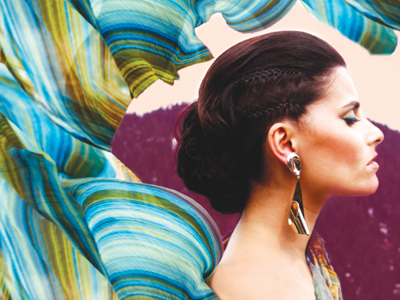 British rock band The Who, featuring founding members Roger Daltrey and Pete Townshend, will be coming to Copps Coliseum in Hamilton for a concert on February 19. The Rock and Roll Hall of Fame band will be performing their iconic 1973 double album Quadrophenia in its entirety. As well, the band is expected to perform some of its many hits, such as “My Generation,” “Won't Get Fooled Again,” “I Can See For Miles” and “Baba O'Riley,” just to name a few. Quadrophenia is the band's sixth studio album and second rock opera after the critically-acclaimed Tommy. At the concert, Daltrey and Townshend will be joined by Zak Starkey (drums), Pino Palladino (bass), Simon Townshend (guitar/backing vocals), Chris Stainton (keyboards), Loren Gold (keyboards/backing vocals) and Frank Simes (keyboards/backing vocals). Tickets cost $55 to $145 and can be purchased through Ticketmaster.

On January 29, popular classical vocalist Sarah Brightman comes to Copps Coliseum for a concert. She singer, who performs in a number of different languages, has had a solid stage career and has starred in a number of Broadway musicals including The Phantom of the Opera. She's coming to town as part of the Dreamchaser World Tour. It's in support of her new studio album, Dreamchaser, which is expected to be released early next year. Tickets cost $99.50 to $144.50 and can be purchased through Ticketmaster.

Fans of 1990s alternative rock won't want to miss I Mother Earth when they come to the centre for a concert on February 22. The band has been on an eight-year hiatus but recently got back together and have the single “We Got the Love” on the radio. The band's expected to bring out some old hits such as “One More Astronaut” and “Rain Will Fall.” Tickets cost $69.99 and can be purchased through the box office.

At the Burlington Performing Arts Centre, things are going to get funny on January 17 when comedian Brent Butt comes for a night of stand-up comedy. The Gemini Award-nominated Butt is best known for his long-running television show Corner Gas but gets out frequently for stand-up comedy sets and has performed at Montreal's Just for Laughs Festival. Tickets cost $48 and can be purchased by calling the box office at 905.681.6000.

The delightful Nelly Furtado has a concert on January 28 at the centre as part of her Spirit Indestructible Tour. As many will remember, Furtado burst onto the scene with the release of her debut album Whoa, Nelly! and its popular singles “I'm Like a Bird” and “Turn Off the Light.” She released her fifth studio album The Spirt Indestructible, which contains the playful single “Big Hoops (Bigger the Better),” earlier this year. Furtado is well-respected as an artist both within and outside Canada. She has 10 Juno Awards along with a pair of Grammy Awards plus numerous other accolades. Tickets cost $83, visit burlingtonpac.ca.

On February 26, the South African sounds of Ladysmith Black Mambazo will be on full display at the centre. The 10-member a cappella group is likely best known for its work on Paul Simon's seminal album Graceland. Expect lively rhythms and rich dance routines from a band that has sold more than six million albums and won a Grammy Award. Tickets cost $64 and can be purchased through the box office.

At the Milton Centre for the Arts, it will be a recreation of the music of ABBA with the Abbamania concert on February 9. The show, featuring Milton's Michelle Truman, includes a cast of 14 studio musicians recreating the signature look and sound of ABBA. Expect hits such as “Dancing Queen,” “Fernando” and “Mamma Mia.” Tickets cost $42 to $44. Call 905.875.5399 to purchase.

At Stage West in Mississauga, Love Train continues until February 10. It's a musical revue featuring songs from the 1960s right up to today from artists who contributed and continued the legacy of the Motown sound such as Aretha Franklin and Smokey Robinson. It's followed by Fiddler on the Roof, which opens February 14 and continues until April 21. The popular musical follows a Jewish family in Russia that tries to maintain its religion and culture despite outside influences. For show times and ticket prices, call the box office at 905.238.0042.

On March 6, the band Air Supply has a concert at the Living Arts Centre. The band, Russell Hitchcock and Graham Russell, has been making music since the 1980s and has had a number of hits include “Lost in Love” and “Making Love Out of Nothing at All.” They're still touring hard playing more than 150 shows a year. Tickets cost $55 to $95 and can be purchased through the box office.

Harry Potter fans won't want to miss a wild night when the Potted Potter: The Unauthorized Harry Experience comes to town for several shows between March 12 to 14. Written and performed by Daniel Clarkson and Jefferson Turner, the show takes the seven wildly popular Harry Potter books and condenses them into just 70 minutes. The parody is billed as a comedy anyone can enjoy, even if the don't know the difference between Gryffindor and Slytherin. Tickets cost $31 to $46 and can be purchased by calling the box office at 905.306.6000.