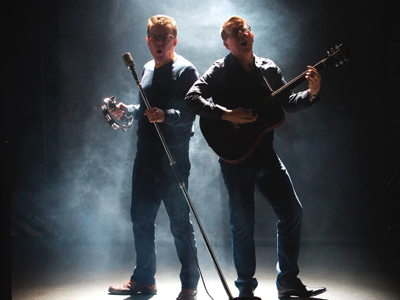 It's not every day that one of the most recognizable and enduring musicians of the past century makes a stop in Hamilton for a concert. So, if you're a fan of Paul McCartney, you will want to rush out and grab tickets to his show at FirstOntario Centre on July 21. It's part of his One On One tour and the concert will feature some of his best music and covers his entire career from his work as a solo artist to his time with Wings and, of course, The Beatles. The tour comes with entirely new production that features massive screens, lasers, fireworks and more. McCartney, meanwhile, needs no introduction. He's been inducted into the Rock and Roll Hall of Fame twice (as a Beatle and a solo artist) and has won almost two-dozen Grammy Awards throughout the course of his career. Tickets cost $39.50 to $295 and can be purchased through Ticketmaster.

It seemed almost all of Canada was in shock and saddened with the news earlier this year that Gord Downie, frontman of the iconic The Tragically Hip, had been diagnosed with terminal brain cancer. The band will be touring across Canada one last time with Downie as part of the Man Machine Poem Tour and they will make a stop at the FirstOntario Centre on August 16. Little needs to be said about the band that isn't already known. They've won countless awards and accolades and have released songs many Canadians fondly remember singing along to while up at the cottage or on road trips with friends such as “New Orleans is Sinking,” “At the Hundredth Meridian” and “Fully Completely.” Tickets went on sale June 3, and are sure to have sold out in minutes, but we had to include a mention of this great Canadian's appearance this summer.

Two-time Grammy Award winner John Prine will be joined by special guest Ron Sexsmith for a concert on September 10 at Hamilton Place. A member of the Nashville Songwriters Hall of Fame, Prine also earned an Americana Lifetime Achievement Award for his songwriting. Meanwhile, Sexsmith released his latest album Carousel One last year. Tickets cost $62.75 to $96.75 and can be purchased through Ticketmaster.

Over at the Oakville Centre, Scottish band The Proclaimers ““ fronted by twin brothers Craig and Charlie Reid ““ are making a stop on September 25. The band has been around for several decades and had its biggest hit with the massive single “I'm Gonna Be (500 Miles)” although they have continued to write and record new original music since then. The band will be joined by special guest Jenny O for the opening performance. Tickets cost $54 to $65 and can be purchased by calling the box office at 905.815.2021.

At the Burlington Performing Arts Centre, the Southern Ontario Lyric Opera will make a stop on September 17 for a performance of Giuseppe Verdi's La Traviata. The opera is billed as being performed semi-staged with an orchestra and chorus. It's based on Alexandre Dumas' 1852 novel La dame aux Camélias and the title translates to “The Woman Gone Astray.” It follows a courtesan and her lover and what happens when the two are forced apart. Tickets cost $20 to $55 and can be purchased by calling the box office at 905.681.6000.

Ever wonder if hypnotism would work on you? If so, you might want to check out hypnotist Richard Cole's performance on July 14 at the Milton Centre for the Arts. The 60-minute show, which has no intermission, is billed as a night of comedy with some funny moments from the people in the crowd. Tickets cost $15 and can be purchased by calling the box office at 905.878.6000.

If you love to laugh, you might want to head over to Brampton's Rose Theatre for a filming of the television program Brampton's Search for the Funniest Comic on August 4. They will shoot a couple of episodes of the show, which will air on RogersTV, featuring a number of up-and-coming comics. Shannon Laverty is the headliner that evening with Marc Trinidad serving as host. Tickets cost $20 and can be purchased by calling the box office at 905.874.2800.