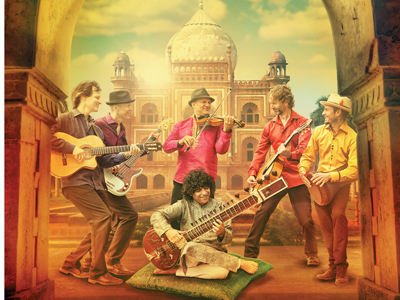 It's been almost two decades since he's been in Hamilton and country music superstar Garth Brooks is set to make his triumphant return with a concert on March 26 at the FirstOntario Centre. Brooks, who released Man Against Machine  ““ his first new studio album in more than a decade ““ last year, is joined by Trisha Yearwood. Fans of country music, and music in general, need no introduction to Brooks. He's sold millions of copies of his albums throughout his remarkable career and has won a number of awards including a pair of Grammys. Huge in the 1990s, he took a bit of a hiatus in the 2000s but the Country Music Hall of Famer is back in a big way with his new album and tour. Tickets cost $79.98 and can be purchased through Ticketmaster.

Those looking for a little hoops action with a lot of pizzaz can check out the venerable Harlem Globetrotters when they come to the FirstOntario Centre on April 15 to wow the crowd with their unique brand of basketball. Around for 90 years, the current lineup includes athletes with wonderfully fun names such as Big Easy Lofton, Ant Atkinson and Hi-Lite Bruton. Once they're done wowing the crowd with dunks, trick shots and other hijinks, they will sign autographs and take pictures with the fans. Tickets cost $20 to $110 and can be purchased through Ticketmaster.

If country isn't your thing, there's always the music of Queen that's going to be performed live at Hamilton Place on March 31. Sure, it isn't Freddie Mercury (who passed away in 1991) or Brian May, but Gary Mullen and The Works are no slouches themselves. Mullen won the finale of the British celebrity impersonation show Stars in Their Eyes performing as Mercury and formed his band shortly thereafter. At the One Night of Queen concert, the musicians play some of the band's biggest hits including “We Will Rock You,” “Bohemian Rhapsody,” “Another One Bites the Dust” and “We Are the Champions.” They also include the lighting, special effects and showmanship that were staples of a live Queen concert. Tickets cost $50 to $64 and can be purchased through Ticketmaster.

Ever wonder what a classically-trained soprano's take on the music of the renowned Leonard Cohen would sound like? You have the chance to find out on April 29 at the Oakville Centre when Patricia O'Callaghan sings Leonard Cohen. O'Callaghan, like many of us, heard a recording of “Hallelujah” and was instantly smitten with Cohen's works. In 2011, she released the album Matador: The Songs of Leonard Cohen so she's clearly familiar with his work. There will be an after-show artist chat following her performance. Tickets cost $31 to $42 and can be purchased by calling the box office at 905.815.2021.

At the Burlington Performing Arts Centre, there will be a chance to hear the eclectic sounds of Toronto's Sultans of String when they make a stop on April 8. The band is armed with a new album, Subcontinental Drift, that highlights the Sultans' sound that's a mix of Celtic, Spanish, Arabic, Cuban and South Asian rhythms. The album also features vocals and sitar by Anwar Khurshid, whose music has appeared in the film Life of Pi. Tickets cost $39 and can be purchased by calling the box office at 905.681.6000.

On April 6, singer Holly Cole has a concert at the theatre. Her latest album Night is a mix of originals and covers of artists including Tom Waits, Gordon Lightfoot and Captain Beefheart. Tickets cost $49 and can be purchased through the box office.

At the Milton Centre for the Arts, there will be a chance to enjoy the singing of a bunch of burly Cape Breton coal miners when the Men of the Deeps come for a concert on April 1. The choir is celebrating its 50th anniversary this year. The vocalists will present their traditional programme, which is a mix of mining songs and tunes about their beloved Cape Breton. Tickets cost $48 to $52 and can be purchased by calling the box office at 905.878.6000.

Honestly, just how much musical talent can one family have? The Leahys are coming to the Living Arts Centre in Mississauga for a concert on March 17 and they're bringing most of the clan with them. Five of the family's seven sisters and one of the four brothers will perform at the concert. Expect a mix of vocal harmonies from the siblings along with plenty of Celtic, traditional and instrumental music. As the concert falls on St. Patrick's Day, the theatre is holding a pre-show pub night in the RBC Theatre with live Irish music, dancers and Irish food and beer. Tickets to the concert cost $25 to $90 and can be purchased by calling the box office at 905.306.6000.

Always unpredictable but undeniably entertaining comedian Tom Green is coming to the Rose Theatre in Brampton for a performance on March 4. He's had his own television show, appeared in films such as Road Trip and started the popular Internet talk show Tom Green's House Tonight. Expect the unexpected when he graces the Rose Theatre stage. Tickets cost $43 to $59 and can be purchased by calling the box office at 905.874.2800.