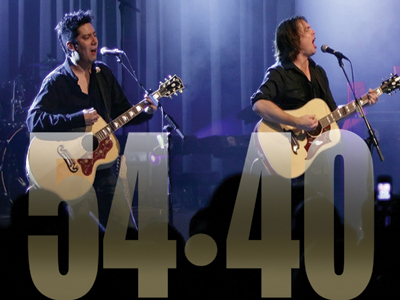 If so, you won't want to miss a live presentation of the popular television program MythBusters when it comes to Hamilton Place on November 26. The live show features the program's two hosts ““  Adam Savage and Jamie Hyneman ““ debunking or confirming urban myths, popular beliefs and internet rumours with on-stage experiments, audience participation and videos. Those who attend can also expect behind-the-scene stories from the show's 13-season history. Tickets cost $45 to $85 and can be purchased through Ticketmaster.

Four good-looking guys, who have some powerful voices to boot, will be at the FirstOntario Centre in Hamilton on December 4 when The Tenors come to town. The Juno Award-winning quartet (Remigio Pereira, Victor Micallef, Fraser Walters and Clifton Murray) are making a stop in Hamilton as part of their 70-city North American tour dubbed Under One Sky. The tour's name refers to the title of the band's latest 13-track album that features the quartet's trademark blend of classical music and contemporary pop. It includes hits such as “Lean On Me,” “You Are So Beautiful” and “Who Wants to Live Forever?” as well as original tunes such as “New Day's Begun.” Tickets cost $49.50 to $124.50 and can be purchased through Ticketmaster.

Popular Canadian band 54-40 will present an unplugged concert when the foursome hits the Oakville Centre for a concert on January 15. The band, Neil Osborne, Brad Merritt, Matt Johnson and Dave Genn, has a slew of hits it can dip into from its extensive discography. Many will remember, and love, the band's biggest songs including “Ocean Pearl” and “I Go Blind.” In 2010, the band celebrated three decades of making music. Tickets cost $58 to $65 and can be purchased by calling the box office at 905.815.2021.

Those looking for something to do with their little ones can head down to the Burlington Performing Arts Centre on November 22 for a live performance of two popular Margaret Wise Brown's children's books ““ Goodnight Moon and The Runaway Bunny ““ by Mermaid Theatre. Goodnight Moon is billed as a celebration of familiar nighttime rituals while The Runaway Bunny's focuses on a made-up story of leaving home. The show is being presented as part of the theatre's family series where audiences are encouraged to get there an hour early and enjoy the pre-show activities and entertainment. Tickets cost $14 to $25 and can be purchased through the box office at 905.681.6000.

Juno Award-winning guitarist Jesse Cook will be armed with a new album, One World, when he makes a stop at the Milton Centre for the Arts for a concert on December 19. The album is Cook's ninth studio release and came out earlier this year. The musician is known for a sound that's a mix of musical styles and his latest album is being billed as perhaps his most diverse and distinctive release. Tickets cost $51 to $55 and can be purchased by calling the box office at 905.878.6000.

At the Living Arts Centre in Mississauga, award-winning vocalist Colm Wilkinson will be ready to entertain at his live concert on December 11. The two-hour concert, dubbed Broadway, Christmas and Beyond, will feature a night of music as well as stories culled from his lengthy career. Expect performances of hits such as “Music of the Night,” “Bring Him Home,” “Danny Boy,” “Silent Night” and “Hallelujah” during the concert. For the show, Wilkinson will be joined by two back-up singers and a seven-piece band. Tickets cost $50 to $80 and can be purchased by calling the box office at 905.306.6000.

It just doesn't feel like Christmas if you don't have a chance to see The Nutcracker so why not swing by the Rose Theatre in Brampton on December 10 for a performance of the beloved tale by the Moscow Classic Ballet troupe. It was originally composed in 1892 by Pyotr Ilyich Tchaikovsky and adapted from the E.T.A. Hoffman story The Nutcracker and the King of Mice. The Nutcracker begins at the Stahlbaum home on Christmas Eve when daughter Klara receives a special gift, a life-size nutcracker doll. As the clock strikes midnight, strange things begin to happen and Klara mysteriously shrinks while her toys spring to life. Tickets cost $40 to $99 and can be purchased by calling the box office at 905.874.2800.