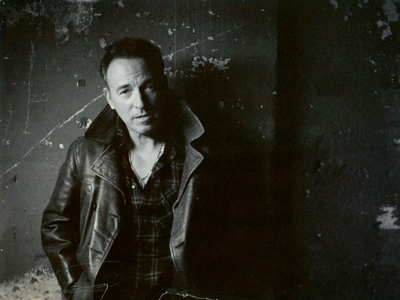 Rock band Journey, who created one of the most popular songs of all time when they wrote and recorded “Don't Stop Believin'” are popping by Copps Coliseum this September with a few of their friends in tow. The band, which got its start in the 1970s and was responsible for the hits “Open Arms” and the highly-danceable “Any Way You Want It” comes to Hamilton September 25. They'll be joined by special guests Pat Benatar, who's responsible for the pop hits “Love is a Battlefield” and “Hit Me With Your Best Shot,” featuring Neil Giraldo as well as Loverboy. Journey has sold more than 80 million albums worldwide and were honoured in 2011 at the Billboard Touring Awards with the Legend Of Live Award for their contributions to both live music and touring. Tickets cost $63 to $113 and can be purchased through Ticketmaster.

One of the greatest voices in American music, Bruce Springsteen, is bringing the E Street Band along with him for a stop at Copps Coliseum on October 21 as part of the Wrecking Ball Tour. The Hamilton date is one of 16 that were recently added to the tour, which kicked off on August 14 in Boston. Wrecking Ball is The Boss' 17th studio album and the 11-track release was produced by Ron Aniello with Springsteen and executive pro- ducer Jon Landau. Springsteen, who hails from gritty New Jersey, has sold more than 120 mil- lion albums around the world. Many remember and love his massive hit albums such as “Born in the U.S.A.” and “Born to Run”. He's received numerous awards throughout his career, includ- ing Grammy Awards, Golden Globes and even an Academy Award. Tickets cost $82 to $129.50 through Ticketmaster.

One of the most socially active musicians out there, Bob Geldof comes to the Molson Canadian Studio at Hamilton Place for a performance on October 11. He founded the charitable group Band Aid, went on to organize Live Aid and has been honoured many times for his philanthropy, including being a recipient of the Man of Peace title. However, he's also a musician and was the lead vocalist with the The Boomtown Rats. Tickets cost $74.25 through Ticketmaster.

Country fans will be glad to hear that Rascal Flatts (Gary LeVox, Jay DeMarcus and Joe Don Rooney) is coming to Copps Coliseum for a concert on October 12 along with special guests Little Big Town and the Eli Young Band. The band released its eighth studio album, Changed, in April and has had a dozen of their songs reach number one on the Billboard Hot Country chart. Tickets cost $83.75 to $103.75 through Ticketmaster.

Fans of the band Queen will want to hit the Oakville Centre for the Performing Arts on October 24 when Classic Albums Live presents the band's album A Night at the Opera. The 1975 release spawned a number of massive hits, including “Bohemian Rhapsody” and “You're My Best Friend” as well as “Love Of My Life and “Death On Two Legs”. Tickets cost $53.99 to $64.99 and can be purchased by calling the box office at 905.815.2021.

Those who like the laugh will want to check out the husband-wife duo of Colin Mochrie and Debra McGrath when they hit the Oakville Centre for a show on October 27. Mochrie's best known for his role on Whose Line Is It Anyway? while McGrath was a regular on the CBC show Little Mosque on the Prairie. Their performance is billed as an evening of improv fun with a lot of audience participation. Tickets cost $57.99 to $68.99 and can be purchased through the box office.

At the Living Arts Centre in Mississauga, one of Canada's finest singer/songwriters comes for a concert on October 18. Dubbed Canada's Queen of R&B, Juno Award-winning singer Jully Black is sure to delight the crowd when she performs in the RBC Theatre. Her hits include “Seven Day Fool” and “Sweat of Your Brow”. She's reportedly working on a new album, 8ight, that's close to completion. Tickets cost $28 to $45 and can be purchased by calling the box office at 905.306.6000.

At Stage West Theatre in Mississauga, Divorce Party The Musical opens on September 20 and continues until November 25. The show follows Linda, still reeling from her divorce, and her group of good friends as she tries to start all over again. For show times and ticket prices, call the box office at 905.238.0042.

At the Burlington Performing Arts Centre, the Cowboy Junkies are coming for a performance on November 2. The band's been around for a num- ber of years, having formed in the mid-1980s, and have a loyal following. Many will remember the band for its hauntingly beautiful cover of the song “Sweet Jane”. But, they've got some new material as well. They've just released The Nomad Series, a collection of four albums written and recorded between June 2010 and January. Tickets cost $48 plus taxes and can be purchased by calling the box office at 905.681.6000.

The Blues Brothers are back when a live revue comes to the Rose Theatre in Brampton on October 12. The show, presented by Dan Ackroyd, Judy Belushi and musical director Paul Shaffer, is a mix of comedy and hits that made the original film so popular. It stars Wayne Catania as Jake and Kieron Lafferty as Elwood. Tickets cost $54 to $64. Call the box office at 905.874.2800.

At the Milton Centre for the Arts, Cassandra Warner is returning to perform in her hometown for the first time. The operatic vocalist will be accompanied by pianist Peter Tiefenbach for a night of art songs and opera arias. Tickets cost $35 to $40. Call 905.875.5399.