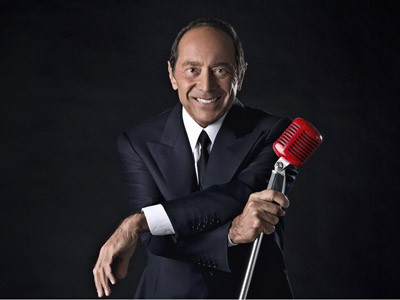 Whether it's a birthday, holiday or just for dessert, most of us don't really need a reason to indulge in the baked and frosted deliciousness. And, our collective love of cakes has spawned an industry that's caught the attention of the reality television world.

On November 20, one of the forerunners of the bakeshop reality television phenomenon is coming to Hamilton Place for a live performance. Buddy Valastro from TLC's Cake Boss will share stories about his hit show, talk about his big Italian family, answer questions from the audience and also give a live demonstration of his techniques that wow viewers each week. As well, a few lucky audience members will get called up on stage to help the cake master. If you're not familiar with the show, it's set in Carlo's Bakery in New Jersey and follows Valastro and his family as they run the business. The intricacy and detail in the decoration of the cakes they bake is truly something to behold. Tickets cost $39.75 to $85.25 and can be purchased through Ticketmaster.

Those looking for a few laughs this holiday season might want to roll by Hamilton Place on December 2 to check out the Trailer Park Boys. The loveable screw-ups ““ Ricky, Julian and Bubbles ““ are coming to town with a new live show and they've got some familiar faces in tow. The meddlesome Mr. Lahey and Randy will also be there to cause a ruckus. Bubbles will spread the true meaning of Christmas while Julian tries to make a buck on the season and Ricky spends all his time trying to meet the real Santa. Tickets cost $45 to $65 and can be purchased through Ticketmaster.

For those looking for a less rowdy Christmas show, the crooner Paul Anka comes to Hamilton Place for the Christmas My Way concert on December 12. The singer has had a string of hits throughout his career, including “Diana,” “Lonely Boy” and “Put Your Head on My Shoulder.” He's also enjoyed a very successful composing career and has penned such memorable songs as the Tom Jones hit “She's a Lady” and is credited with co-writing Michael Jackson's “This Is It.” Tickets cost $66.50 to $136.50 and can be purchased through Ticketmaster.

There's also the Japanese taiko drum troupe Yamato, which comes to Hamilton Place on November 22. Tickets cost $46.50 to $76.50 and can be purchased through Ticketmaster.

The Burlington Performing Arts Centre, which opened its inaugural season on October 1, is bringing back some of the city's favourite sons and daughters for a performance on December 1. Hosted by CBC personality Jian Ghomeshi, it will feature performances by The Spoons, Gordie Tapp, Robert Stephen (soloist with National Ballet of Canada), Rob Preuss (pianist), Myles Erlick (Billy Elliot), Addison Holley (The Sound of Music), Mike Eastick and Sean Kelly (Idle Sons) and Silverstein. Tickets cost $75 and can be purchased by calling the box office at 905.681.6000.

At the Oakville Centre for the Performing Arts there are plenty of shows aimed at children over the holidays. Big Wooden Horse Theatre presents The Life and Adventures of Santa Claus on December 20. The show, based on a book by L. Frank Baum (who wrote the book that became the film The Wizard of Oz) follows Santa from his childhood where he's abandoned in a forest and adopted by wood nymphs right up to the making and delivering of his first toys. Tickets cost $22.99 and can be purchased by calling the box office at 905.815.2021.

Shortly into the new year there will be performances of the classic novel The Wind in the Willows on January 4 and 5. Puppets, live music and creative sets and costumes help bring the story of Mole, Rat and Toad to life on stage. Tickets cost $19.99 and can be purchased through the box office.

Over in Mississauga at the Living Arts Centre, blues guitarist JW Jones comes to the centre's RBC Theatre for a concert on November 24. The guitarist's latest record is 2010's Midnight Memphis Sun that features special guests Hubert Sumlin and Charlie Musselwhite. The musician has released six albums over the course of his career and also is a winner of a Maple Blues Award. Tickets start at $28 and can be purchased by calling 905.306.6000.

Those looking for a classic holiday performance won't want to miss the State Ballet Theatre of Russia's presentation of The Nutcracker on December 3 and 4 in Hammerson Hall. The show, composed in 1892 by Pyotr Ilyich Tchaikovsky and adapted from the story The Nutcracker and the King of Mice, is the version that features choreography by Vasily Vainonen. The show includes costumes inspired by the period and lush sets. Tickets start at $35 and can be purchased by calling the box office.

Paul Anka makes an appearance at the LAC on December 8 with his Christmas My Way show. Call the LAC box office at 905.306.6000 for ticket prices and information.

In Brampton at the Rose Theatre, the amazing impressionist André-Philippe Gagnon comes for a performance on November 22. The audience is sure to be thrilled as Gagnon recreates the history of rock from the 1950s right up to present day. He'll do renditions of artists such as Elvis Presley, Barry White, Guns N' Roses, Justin Timberlake and Susan Boyle. Tickets cost $45.50 to $80 and can be purchased by calling the box office at 905.874.2800.

Over at Stage West Theatre, it will be a tribute to the music of Motown when the musical revue Motown Gold opens on November 24. The show, which continues until February 5, is a tribute to the music Berry Gordy shared with the world. Gordy is the founder of the Motown record label. The show features songs like “Dancing in the Streets” and the music of The Temptations, The Jackson 5 and Stevie Wonder, just to name a few. For show times and ticket prices, call the box office at 905.238.0042.