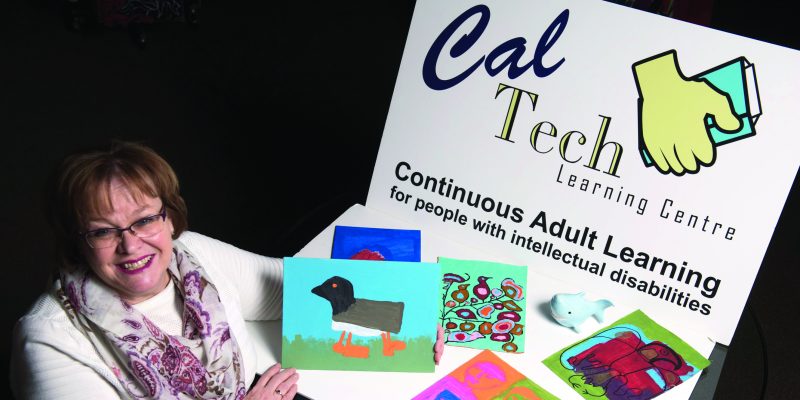 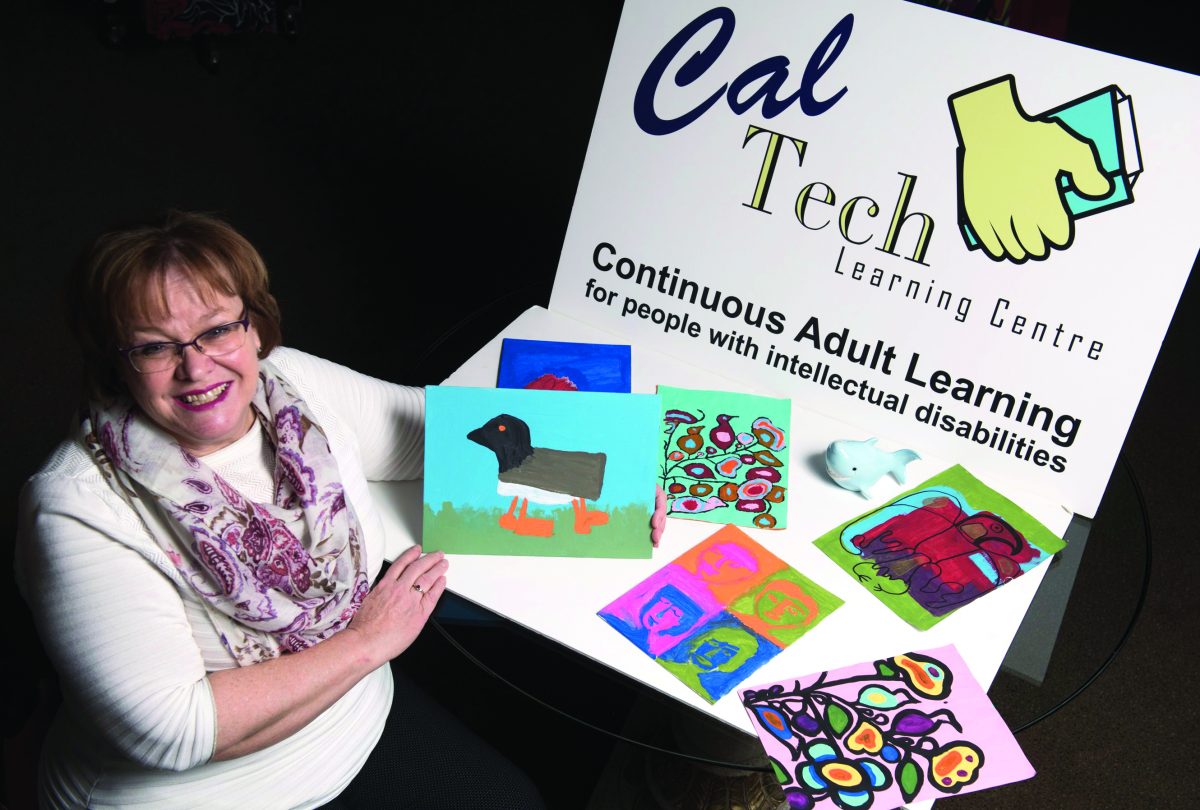 When Susan Longley gave birth 32 years ago to a daughter with Down syndrome, a very wise pediatrician told her that if she never stopped teaching, Cheryl would never stop learning.

Unfortunately, competing messages tried to drown out that hope-filled one. So Longley made it her life’s work to make sure that never happened. And has helped many others along the way.

Ten years ago, after Cheryl finished high school and wanted to continue learning, Longley and her husband, Kevin, started CalTech Learning Centre for young adults with intellectual disabilities. To the outside world, “Cal” stands for continuous adult learning. To the Longley family, it’s an acronym for Cheryl Ann Longley, the very reason behind the learning centre’s creation.

It started with a single student, Cheryl, and a retired school teacher. Today, 14 students meet three days each week in a room at a Mississauga community centre near Square One. A quick peek into the classroom on any given morning will likely find the students gathered around a newspaper, discussing the current events of the day — maybe Donald Trump or a Blue Jays trade. Students have definite opinions on the matters.

The program focuses on literacy and numeracy, and is designed to meet students where they are. Students are taught, in a fun and age-appropriate way, various life skills including cooking without a stove, reading, simple chemistry, signing a name, understanding taxes and tipping, and surfing the web.

The not-for-profit learning centre, which accepts students of all levels who can work in a group, costs $75 per day.

Susan, can you pinpoint the moment you decided to start CalTech?

We were driving Cheryl’s brother to university. On the way back in the car she said, “Mom, I have a question. How come Greg gets to go to university and not me?” There was silence in the car. I said, “I don’t know. But if you give me time, I’ll find out the answer and get back to you.” Going to bed that night, Kevin looked at me and said, “You can’t open a school.” And I said, “Why not?” A year later, we opened CalTech.

How does a typical day at the learning centre begin?

The first thing we do every morning is we read the newspaper. If there’s something really important going on in the world, then we want to know about it. If they’re going to be members of society, they better understand society. Then the teacher will open up a floor of dialogue so that people can express themselves, hear other people’s opinions and have a greater appreciation for the topic. Often he’ll draw a line down the centre of the chalkboard and say, “Who thinks this way, who thinks that way?”

What message do you want to leave with each student?

You’ve seen and heard first hand some of the difficulties the students have communicating in public. What would you like to say to society as a whole?

Just slow down. Listen to what he’s saying. He’s got a point here, and his point is valuable. And maybe it’s not as educated as your point, but it’s what he’s feeling. Let him say it. And understand where he’s coming from when he says it, because his vote still counts.

Cheryl is now 32. How has she changed over the 10 years she has attended CalTech?

She’s an entirely different woman than she was when she started. Cheryl’s communication is probably the biggest growth. She uses humour because she enjoys it. Before, she used humour in order to be understood or heard.

Have you found what that pediatrician said, that kids don’t plateau in their learning, to be true?

Not one of our students has levelled off. To all parents, don’t ever stop teaching your kids, because they don’t level off. Don’t ever stop believing in your son or daughter, especially if you have a child that’s exceptional. There’s magic there; you just have to put them on the right stage to see it. This whole thing we’re doing is a game. And what we’re trying to do is find a winning result.

What has been the best part of this journey?

The thing I see the most satisfaction in is watching these kids fly.