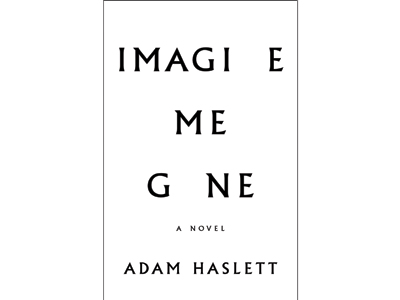 Modern Lovers
by Emma Straub
New York Times bestselling author Emma Straub introduces a novel full of humour and insight with the release of Modern Lovers. Friends and former bandmates Elizabeth, Andrew and Zoe are nearing their fifties and have watched each other grow up, marry, buy real estate and start families, all landing within the same neighbourhood deep within gentrified Brooklyn. But nothing has aged them like having to suddenly pass the torches of life onto their own offspring. The summer that their children reach maturity ““ and start sleeping together ““ the trio of friends watch as the fabric of their adult lives suddenly begins to unravel, bringing secrets and revelations to life that explore the myriad aspects of life from ambition and pleasure to the excitement of youth, the shock of middle age and the fact that your passions never go away, but rather grow and evolve with us. Available May 31.
$35; penguinrandomhouse.ca

FICTION
LaRose: A Novel
by Louise Erdrich
Bestselling, National Book Award-winning author and Pulitzer Prize nominee Louise Erdrich returns with a powerful tale that explores the meaning of loss, justice and the reparation of the human heart in LaRose: A Novel. In the late summer of 1999 in North Dakota, Landreaux Iron stalks a deer along the edge of his property. But when the deer springs away, Landreaux realizes he's hit, and killed, something else ““ that something being Dusty Ravich, his neighbour's five-year-old son. Horrified at what he's done, Landreaux turns to the sweat lodge, an Ojibwe tribe tradition, for guidance and following an ancient means of retribution he and his wife give their son, LaRose, to their grieving neighbours Peter and Nola Ravich. Nola dotes on LaRose, keeping her dark thoughts of suicide at bay, while the Ravich's eldest child, Maggie, welcomes him as a co-conspirator who can help ease her mother's terrifying moods. Over the years, LaRose is gradually allowed shared visits with his birth parents whose own sorrow mirrors that of the Ravich's, eventually becoming the linchpin that helps the two families begin to heal.  But when a vengeful man with a grudge against Landreaux begins hurling accusations of a cover-up the day Dusty died he threatens the tenuous peace that has held these two families together. Available May 10.
$34.99; harpercollins.ca

Imagine Me Gone
by Adam Haslett
In 1960s London, Margaret's fiancé, John, is hospitalized for depression leaving her with the choice to back away from the suffering this may bring her or to carry on with their wedding plans despite what she now knows, ultimately choosing to marry him. Michael, their eldest son, is a brilliant, anxious music fanatic who chooses parody as his way of making sense of the world. Over the span of decades his younger siblings, Celia and Alec, struggle with their mother to care for Michael's increasingly troubled and precarious existence. Told in alternating points of view from all five members of the family, Imagine Me Gone touches on the poignancy of a mother's love for her children, the inescapable devotion siblings feel for one another and the legacy of a father's pain in the life of a family in a searing, gut-wrenching and often hilarious novel. Available May 3.
$31.50; hachettebookgroup.com