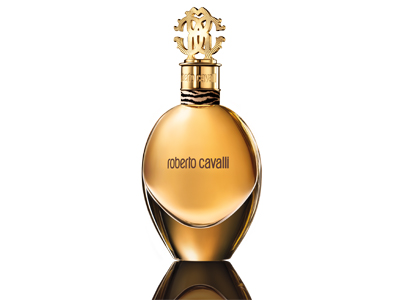 Top notes of pink peppers are filled with the heart of orange blossom and rounded out by base notes of the Tonka bean to make up the Roberto Cavalli Signature fragrance. The bottle is inspired by the voluptuous curves of the female form, topped with a tiara-shaped cap formed by the Roberto Cavalli golden seal, and wrapped with a slim tiger-print band around the bottle's neck.

Available in a 75ml bottle for $105 at The Bay, Sears, Holt Renfrew and Shoppers Drug Mart. robertocavalli.com