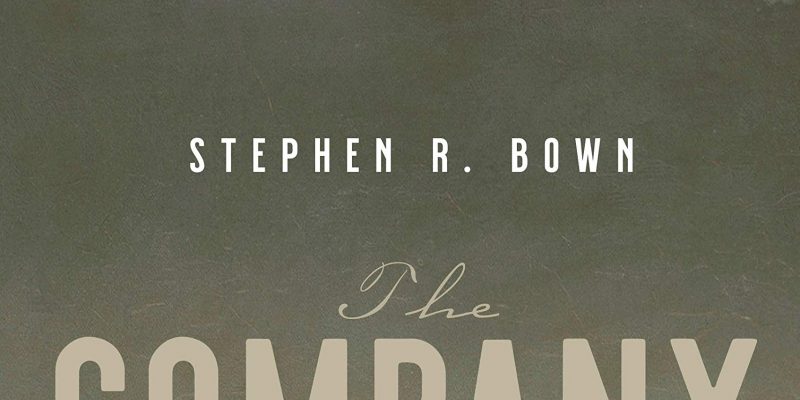 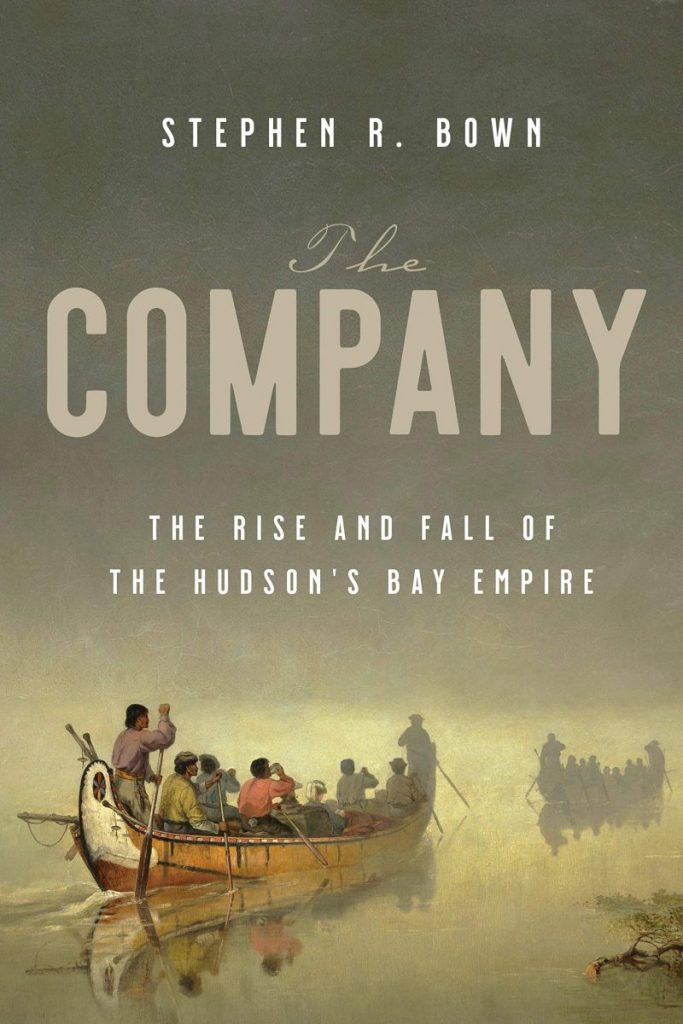 The Company: The Rise and Fall of The Hudson’s Bay Company 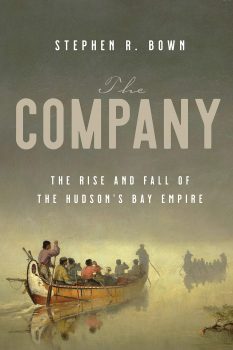 Right from the first paragraph of The Company: The Rise and Fall of The Hudson’s Bay Company, I was hooked. The story starts in 1665 on the streets of a destitute and stench-filled London, England ravaged by plague. Two French men wearing buckskin moccasins and animal skins for clothes have just arrived from New France “where life was harsh and unpredictable but the air was at least fresh” to pitch a fur trading business idea to King Charles II. The pivotal meeting would launch a new commercial enterprise known as the Hudson’s Bay Company – and lay the foundation for much of modern day Canada.

In all honesty, I don’t typically read historical tomes about my country. My knowledge of Canada’s early days pretty much capped once my requisite history classes ended. Yet when I picked up The Company by Stephen R. Bown, it stirred a surprising curiosity in me. I’d had a vague awareness that The Hudson’s Bay – my go-to source for shoes, bedding and deals on “BayDays” – had its start as a fur trader. But my understanding of what happened during the gap in between was woefully vacant. How did a commercial enterprise bartering knives and pots for beaver pelts lead to the creation of the country I know today? Bown’s book compelled me to find out.

The author’s attempt to narrate the Company’s 200-year rise is ambitious – the last historical account was written by Peter C. Newman 30 years ago. Not only does Bown succeed at relating a remarkable story of Canada’s early beginnings, the re-telling is markedly different than Newman’s.

“There have been a lot of changes and shifts in attitudes since then,” says Bown. “Old histories focused almost exclusively on telling the story from the European perspective. There isn’t much effort in trying to bring the whole world alive.”

The book’s rich details vividly capture the harsh wilderness facing the Company’s British employees. It describes winters where “ice on the walls inside the fort were so thick they needed to be chipped off with hatchets” and, in summer “men’s heads puffed up from the toxin of thousands of bites.” Just as telling are his portrayals of the Indigenous peoples who were as intimately familiar with the lands as the English were unfamiliar. And so, it was only natural that the two populations, who relied upon one another for the trade of goods, also learned to get along.

In fact, the Cree were just as keen as the English to barter goods. Their beaver pelts were traded for practical wares that had been shipped from England to the Hudson’s Bay in forts set up around the bay. Integration between the two cultures was not only inevitable, but encouraged. Marriages between Indigenous women and Company men were common and resulted in a population of people of mixed parentage, known as Métis. By the 19th century, Bown estimates up to half the people employed were from these mixed heritage communities.

“My mission in writing this book was to correct historical inaccuracies in what the Company was and who the people were,” says Bown. “The idea that the Company was a giant oppressive British enterprise that smothered the country with power wasn’t true – at least for the first 150 years.” That’s when George Simpson took over and reversed much of the good will that had accumulated.

Just as the book doesn’t gloss over Simpson’s ill deeds (that would be impossible according to Bown), it also doesn’t downplay the extraordinary role of the Indigenous people in the evolution of the Company and, ultimately, Canada. Although these societies kept no legal records of their activities, Bown gleaned plenty of information through the journals of English explorers who wrote candidly of their reliance on Indigenous companions to lead them through territories they would not have survived otherwise.

“When I read the journal of an explorer, I would imagine myself floating above the scene and view it as a universal perspective,” explains Bown. “And the whole story comes across differently.” This results in a more balanced – and intriguing – account of Canada’s history that casts a light on Indigenous figures such as Thanadelthur, the young Chipewyan woman who, in the early 1700s, uses her persuasive powers to finagle an arrangement between her people and the Company that was mutually profitable for generations.

“She does exist in other accounts, but more as a subservient role,” says Bown. “I realized that’s not the case. I’m the first to put her into larger context, like I’ve done through this entire book to shift the balance and give people more credit regardless of their background.”

Ironically, despite the growing communities that resulted from the Company’s operations, it was never a colonist. Commercial interests, alone, drove its expeditions beyond the area around the bay into the country’s harsh interior and eventually across the Rockies to the Pacific shoreline. Bown’s storytelling immerses the reader in these daring travels, bringing to life the harsh realities of navigating a new world where risk of death was always lurking. With no roads, travel was almost exclusively by canoe and portage – ensuring that only the fittest, toughest and most adventurous spirits (Indigenous and mixed-heritage women included) could lead, navigate and, ultimately, thrive across unknown lands.

By the early 1800s, the Company boasted the greatest geographical reach of any in North America. It was the only sanctioned non-Indigenous civil authority in most of western Canada and the states of Montana, Idaho, Washington and Oregon. While the boundaries of Upper and Lower Canada had long been established, the Americans were now aggressively colonizing the west. As a result, a clear boundary between the Company’s western lands and America became necessary. In 1846, lands south of the 49th parallel were formally declared American, except for Vancouver Island – all of which remained British.

The Company: The Rise and Fall of The Hudson’s Bay Company offers an extraordinary lens into the creation of Canada and often reads like a daring adventure with its share of heroes and villains. It has left an indelible appreciation and, even, awe, for the ancestors who shaped this country and the land that shaped us.